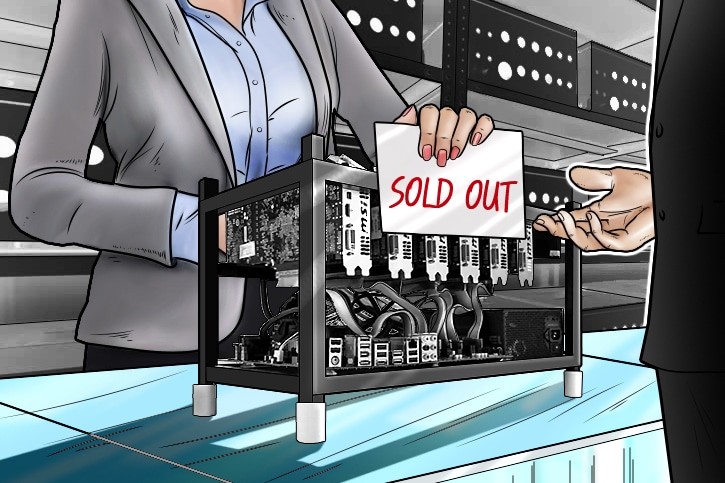 Cryptocurrency mining is profitable business, especially as the adoption and value of major cryptocurrencies increase. Mining farms have developed all over the world, and one of the main considerations for location is electrical cost. There are three types of mining farms:

For RIG and ASIC miners, hardware suppliers have pre-order lists from three to 6 months waiting time.

Mining ASICs are not preferred by specialists in the field because they are designed to mine only one cryptocurrency (or algorithm), but they are still in demand with the companies offering them, depleting their inventories as soon as they are produced.

Bitmain: the largest ASIC provider in the industry. It has miners that work with Bitcoin, Litecoin, and Dash algorithms. Of the four powerful models for mining production, three are sold out. The model that they have in stock is offered at double the price of the previous batch and they only accept Bitcoin Cash (BCH) as a payment method. Recently they have offered a new model called Antminer A3, which works with the blake(b2) algorithm, used to mine Siacoin (SC).

Canaan: founded in 2013 in Beijing, began operating as a competitor to Bitmain from 2016. Currently offers 3 models of ASIC but only for the Bitcoin algorithm (SHA-256). Currently, all models are sold out on its website and its authorized distributors.

Panda Miner: started up in 2016 in Shenzhen, China, now marketing RIG miners ready to plug and play. They buy the chips of AMD processors from previous technology (Radeon) which is still efficient for mining functions. Currently, all their products are sold out. 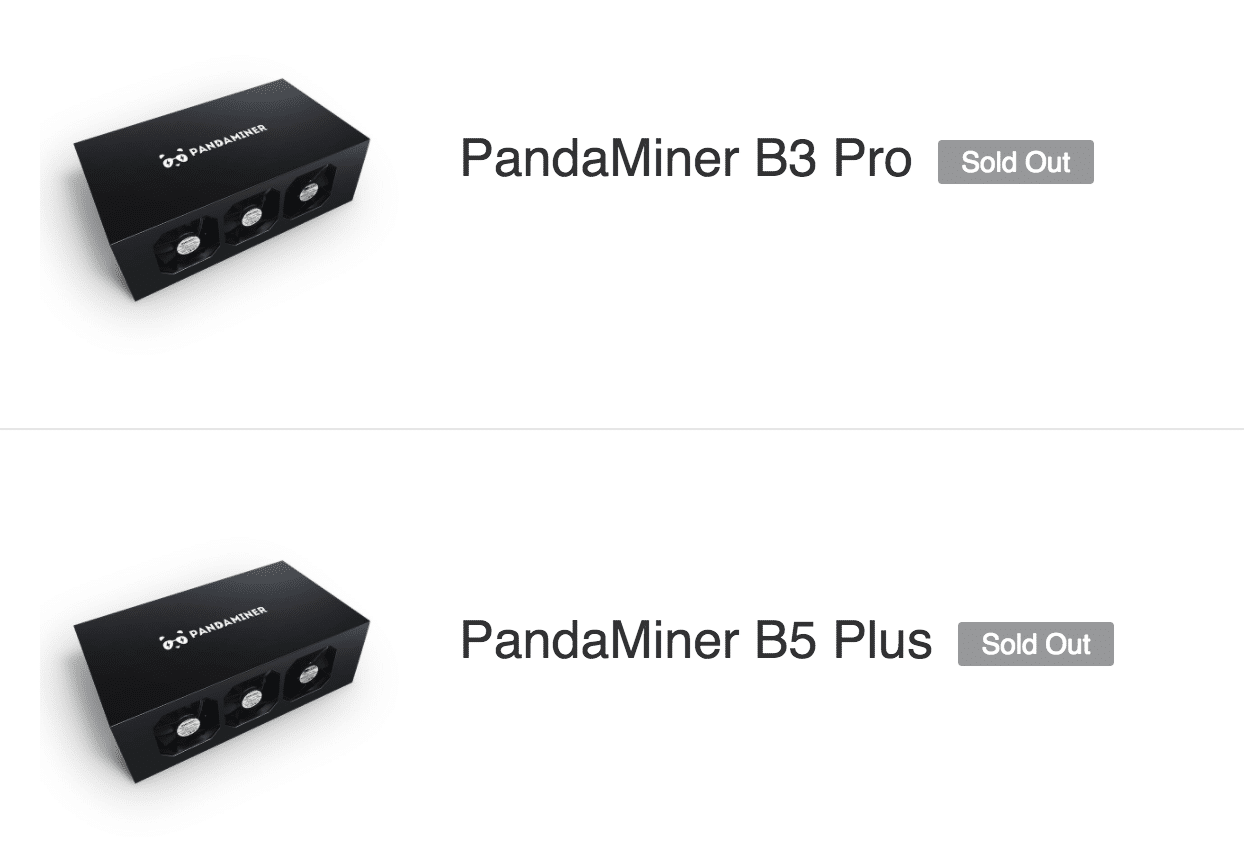 New Mine: a small company, but has grown exponentially selling RIGs adapted for Ethereum mining. They work with ‘Hosting Mining’ which offers their miners for sale using the equipment on their private farms. Currently, they have equipment for mining but the investment must be $110,000 to make a purchase with them.

AMD and Nvidia: the well-known manufacturing companies of Graphics Processor Units (GPU) and other computer components have now become one of the main suppliers of mining farms. Demand has been so huge they sell out fast. eCommerce websites have rationed the sale of GPUs to 1 per person to avoid companies looking to buy the merchandise used in mining farms for resale. Resale has been a problem for those who are dedicated to gaming and mining as they must suffer the consequences of high GPU prices due to the high demand. Companies have tried to get specialized products for mining but they run out so fast, they also end up selling out gaming graphics products, as these work in the same way for mining. 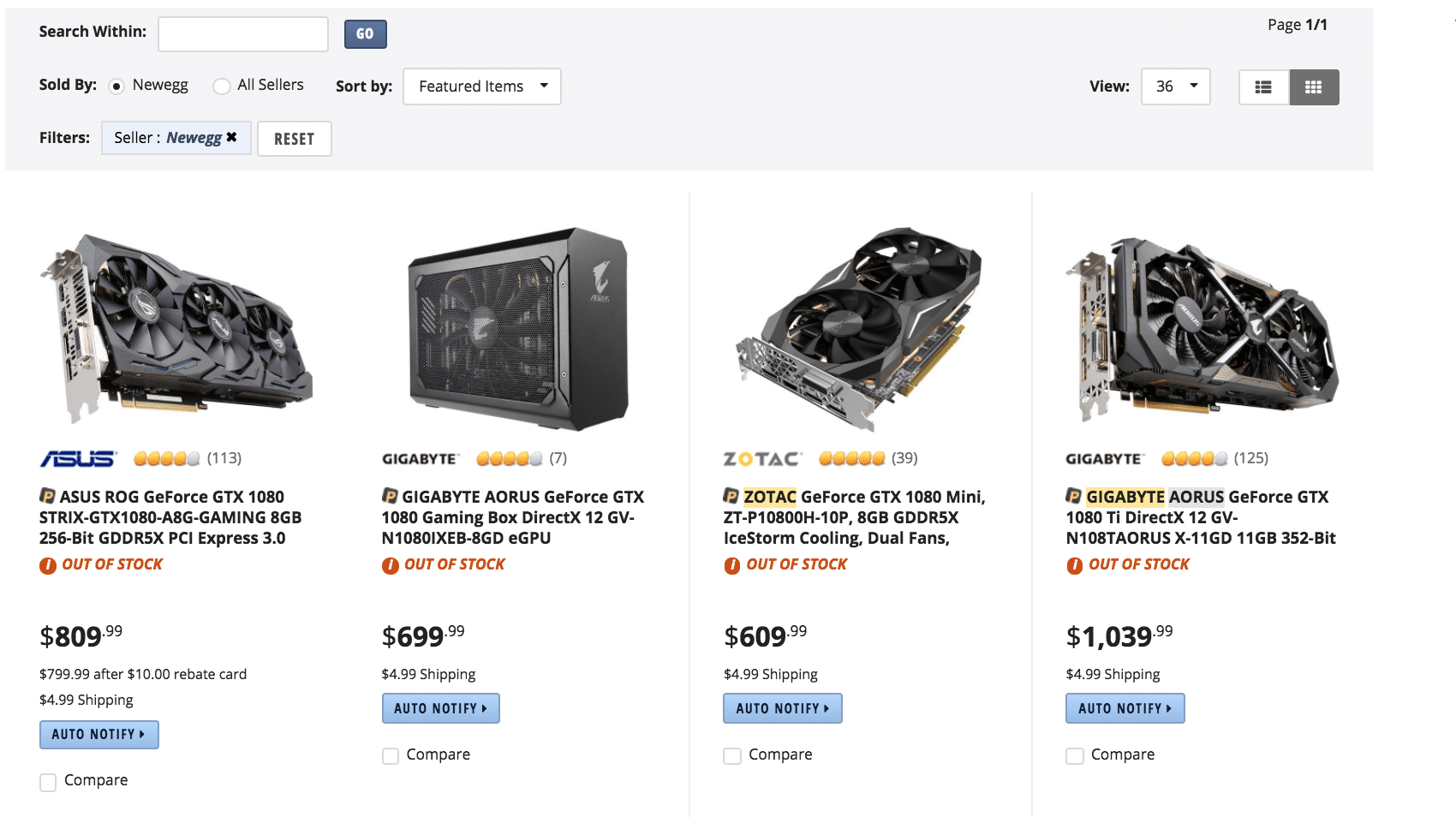 (AMD GPUs Available but only in “combos” with higher prices compared with 2017, source: newegg.com)

With Samsung entering the market, other recognized brands are encouraged to create mining hardware to steady the balance between supply and demand.