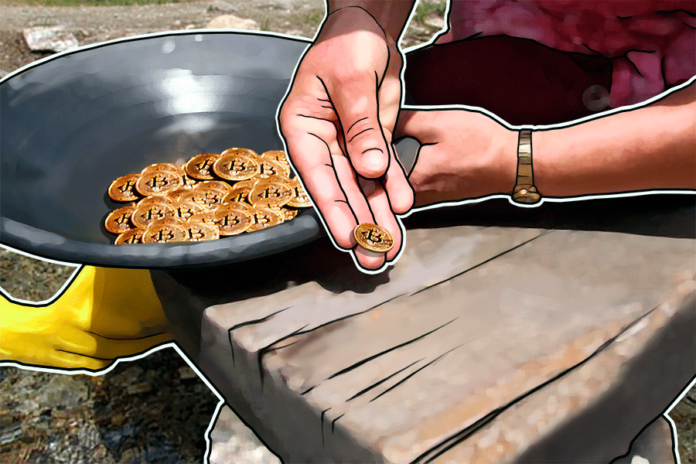 The early days of bitcoin are remembered as the so-called “digital gold rush” accompanied by the stories of individual miners getting fabulously rich and losing everything in a split second. Being robbed, hacked or scammed, which helped to give cryptocurrencies a wild-western flavor. Many early investors indeed made a fortune thanks to cryptocurrencies, many started a mining business and some succeeded.

Bitcoin farming has spread all over the planet where the internet is available and although its profitability for individual miners has tremendously decreased proportionately to the growth of the mining difficulty, lots of industrial-scale farms started to pursue the mining possibilities. Jihan Wu (CEO Antpool, Bitmain), Jiang Zhuoer (CEO BTC Top), Wu Gang (CEO Bixin), Josh Garza (CEO btc.com), Marco Streng (CEO Genesis Mining), Valery Vavilov (CEO BitFury) and Jan Čapek (CEO Slush Pool) are only a few founders or owners of crypto currency mining pools whose businesses have taken a highly-advantageous position in the market. The profitability of mining in locations other than China has been an objectionable issue since the very start of industrial mining arising from high energy supply demands, regulations, availability of hardware and electricity costs, therefore Europe has mainly become known for private pools and rigs with only a few successful examples of scalable mines capable to survive the crypto currency market price drops. In most of these success stories you will find a common core that lies in the origin of the energy source, the mines proximity to it and the search for the lowest prices for electricity.

As the mining evolves, more and more smart solutions will arise increasing its cost-efficiency. One of such efforts is the switch from crypto mining fueled with burning coal to the use of hydroelectric power stations and cooling by means of natural resources such as river streams. In the Sichuan region of China that is nicknamed the capital of Bitcoin mining where kilo Watt per hour costs about $0.08 mining farms manage to return investments within 9 months since launch. Alongside with the cost of electricity, the price of Bitcoin and other mineable crypto are the cornerstone of the mining profitability.

Mining industry is anticipated to grow tremendously throughout the next few years and is likely to proliferate in countries that implement smart energy to fulfill the immense electricity demands. In order to prevent the 51% ownership of the bitcoin stake, mining pools will make limiting memberships available for selected groups of customers and investors. By combining these memberships with computing power and low costs on electricity profitability can be increased.

Graphic cards manufacturers will be looking for ways to improve the features of mining hardware to make it less costly, more productive and preferably produced locally by increasing the diversity of producers. The dissemination of GPU manufacturing worldwide will also decrease transportation costs and speed. Another upcoming mining trend is the dissemination of the intuitive mining algorithms capable of defining the most profitable cryptocurrency to mine based on its market price at the moment.

Cryptocurrencies are often referred to as digital gold in terms of scarcity and increase in value that they acquire overtime, as well as volatility (although precious metals are way less prone to it than bitcoin and ether, for example). This explains why the creation of cryptocurrencies is referred to as mining in the first place: it is a labor demanding process, but for the hardware.

In a way gold deposits also have a cap measured with the amount of gold derived from the ground and it is mainly used as a value storage without being in the actual circulation. What makes bitcoin often compared to gold is the fact that it cannot be produced by a single centralized institution, instead it has to be mined through the computer labor.

Taking into consideration the infancy of cryptocurrencies and the blockchain technology accompanied with lots of uncertainties, high risks as well as possibilities for high gains, many will keep on seeking sustainable and viable mining solutions. That’s where many possibilities for European crypto mining farms like HydroMiner utilizing the green energy produced by hydroelectric power stations in the Austrian Alps will come into place.

In 2015 HydroMiner had outgrown an apartment-sized farm setup by Nadine and Nicole Damblon, the two sisters from Austria inspired by a common friend to start mining Ethereum. Within a year they managed to turn their home-farm into a profitable full-stake farm in the Alps. Aligned with the EU Parliament plans to subsidize green energy and the increase of the environmental mindfulness in their country, the Damblons rented the first two hydroelectric power stations in two Austrian regions, Lower Austria and Styria, where the price of kWh is 4.5 and 4.25 cents respectively, times lower than elsewhere in Europe and even China. The key factor to such lucrative costs of energy in this case is the proximity of the farm to the source of electricity that helps the company to spare a great deal of money annually, as normally, the energy transmission is charged a fee that can only be avoided if the plant is next to or inside the power station.

With 2 farms in operation and 5 more to come within the next few months, HydroMiner presents a viable solution to industrial challenges such as the use of clean energy, high energy supply at the expense of low carbon print, intuitive choice from a variety of crypto to mine define by the algorithm that chooses the most profitable coin based on the market cost at the moment, transparency and real-time monitoring of consumption and production scales by means of a mobile app. There’s more to come as the company prepares an initial coin offering (ICO) of its H2O token presenting its future holders an opportunity to receive profit shares from the mining operation. Details will soon be announced at hydrominer.org.