Scalability solutions for Ethereum are urgently needed as gas prices have exploded over the course of the last year. One of the leading projects in this race is the decentralized exchange Loopring, which has now moved over to L2 for staking and liquidity mining.

LRC staking v1 is being sunset 🌇

If you are still in the staking contract, your rewards (+ a little bonus) will be sent to you automatically on L2.

Read the wrap up notes here. And get ready for LRC new economic model this coming week.https://t.co/W7QDAH7rtq 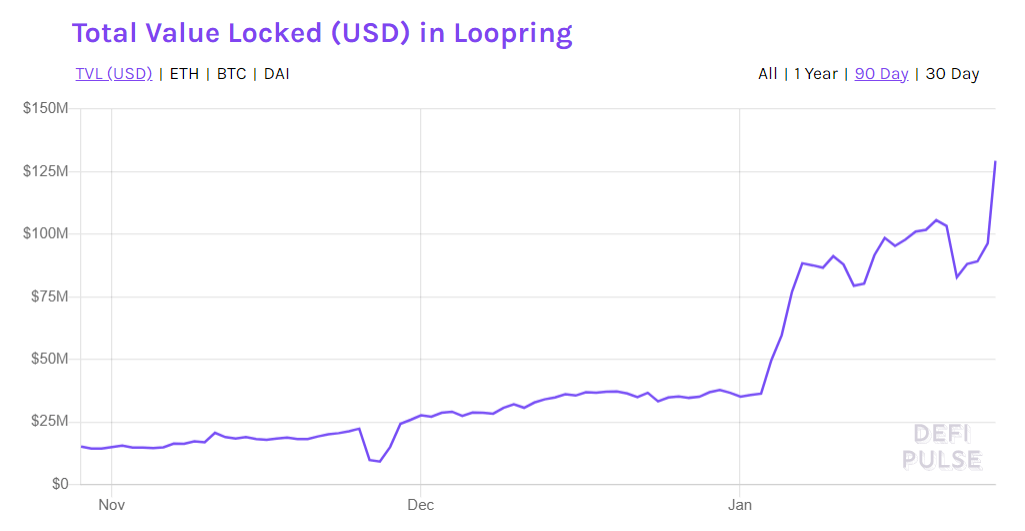 Another Scaling Solution for Bitcoin

Layer 2 solutions are one of the key components of Ethereum’s scaling strategy until the rollout of Ethereum 2.0 is complete. Loopring claims that token swaps on their exchange cost as little as 2 US-cents.

Besides decongesting the Ethereum blockchain, layer 2 solutions on Ethereum can also increase the transaction throughput on legacy blockchains such as Bitcoin. Thanks to parity bridges like Wrapped Bitcoin, tokenized versions of the leading cryptocurrency can be transferred on the Ethereum blockchain and traded through L2-enabled decentralized exchanges.