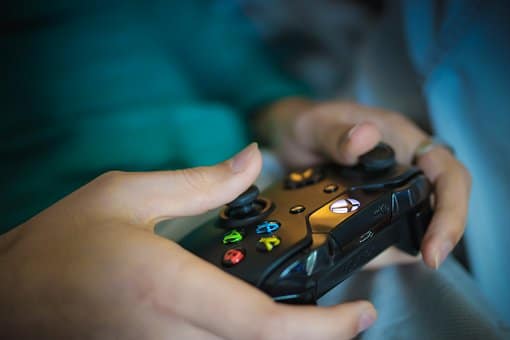 The blending of blockchain technologies and the gaming industry comes as no surprise to anyone who’s been watching closely, as these two powerful giants could only grow bigger and stronger when combined.

It’s now more evident than ever how cryptocurrencies will be the future money of video games considering that they have already started to blend them in Virtual Reality projects and AR platforms.

However, what blockchain can easily offer the gaming world is much more than anyone can still imagine and we will only discover what the limits are once we begin to explore all these possibilities.

That being said, what could blockchain integration easily change inside the gaming world? Here are some of the simplest and most evident possible contributions to get you started.

Safe storage of data and items

It’s unnecessary to say that this is the first and foremost advantage gamers will be able to experience with blockchain technologies as its encrypted ledgers will make sure that none of your virtual items or information gets robbed. With this system, you can rest assured that the encryption is impenetrable and that no one but the people who have a certain key will be able to access it.

Blockchain can be used by game developers to offer the opportunity to access certain avatars, skins, and characters in several parallel games. Because these are all uncharted terrains, it is still not clear what this could transform into, but what they know for sure is that you would be able to access any digital data from multiple, unrelated games.

This is a great feature for both gamers and developers as the former would become more loyal in a series of interconnected games thus making the whole deal more profitable for the latter.

Blockchain integration would mean that you and your friends will be able to compensate or send gifts to each other without leaving the video game platforms. With no currency fees or intermediaries, you can send a virtual item to another player which will then have a certain value in the real world.

This system can also help developers keep track on the value of traded items as this already happens even without the blockchain technology and can sometimes grow out of control.

Open-sourced as it is, blockchain will give players the chance to change and customize certain items such as swords, armors or in-game cosmetics, making them unique and even more valuable than normal ones. This would not only let gamers profit from creating rare items but it would also mean that these people are collaborating, too, bringing new content and features to the games they play.

Diving a little deeper into its economical aspects, blockchain will decentralize all payments, giving users the opportunity to pay without losing money in fees. Escrow, credit cards, you name it, they all keep a tiny amount of your money that might not seem like much separately but when put together, they make a big difference.

Blockchain will permit super-fast, affordable micro-transactions that can result in even cheaper items and in-game boosts, convincing more people to buy them. Again, another win-win situation for developers and users alike.

Because we are all looking forward to the day when gaming isn’t a hobby anymore but a full-time profession, it’s good to know that blockchain could bring this dream closer to reality. Really good players would be able to achieve goals and be rewarded in cryptocurrencies, allowing them to use them however they want.

Similarly, because it has been proved unhackable to this day, fraud and cheats can be easily reduced making the whole gaming experience a fairer one, and confirming that blockchain will, without a doubt, alter the contemporary but ever-changing gaming panorama.