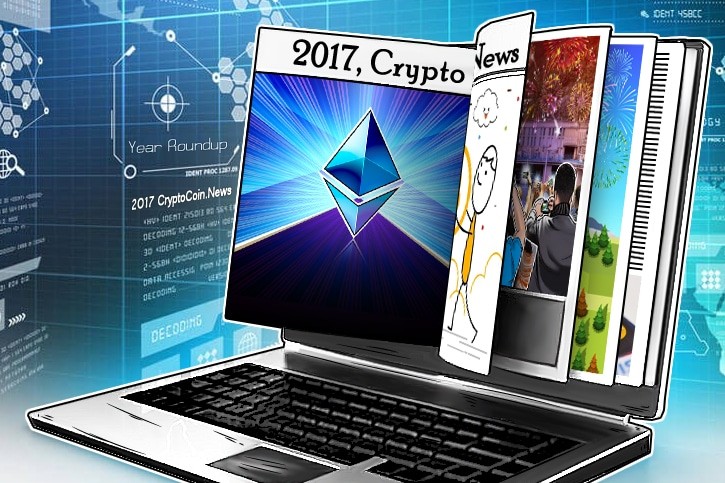 Since its launch in 2015, Ethereum has been creating quite a sensation in the cryptocurrency sphere. It easily moved to the top position, staying behind only Bitcoin. This is due to its unique function as a development platform rather than being of mere monetary value.

While Bitcoin has shown a phenomenal increase in price in 2017, Ether is one step ahead with a growth of over 15,000%. Ether outshines Bitcoin with its increase from $8.24 to $1,314.64, according to Coinmarketcap. The stupendous growth of Ether has been attributed to numerous reasons. Here are a few of the reasons for the rise of Ethereum.

It has colossal functionality

The functional features of Ethereum are immense. Ethereum is a decentralized type of software platform made use of by developers for creating Distributed Applications, which are of multipurpose functions. Further the Smart Contracts feature that runs without any third party control enables a highly secure and smooth functioning. In essence, Ethereum is similar to Bitcoin in the way it uses Blockchain technology.

But, Ethereum differs in relation to capability and purpose:

With newer applications being discovered every day for the decentralized form of technology used by Ethereum, its demand is now at an all-time high. Clients who want to make use of the technology pay the developers with Ether. Thus Ethereum serves as a motivating factor for developers who aim at creating and launching Ethereum based apps on the vast network.

What is more, Ethereum is in great popularity with common users and can be bought at virtually all cryptocurrency exchanges. This contributes to Ether being the second best performing cryptocurrency in the market.

Ethereum is used as core technology

While it has taken Bitcoin several years to garner the extent of support it has now, Ethereum has made a tremendous impact in just a couple of years. The main reason for this is Ethereum being a development platform. Many corporates, who aim at exploiting the technology for developing safe and transparent smart contract apps support Ethereum fully.

Another proof of Ethereum’s rising popularity is the formation of EEA (Enterprise Ethereum Alliance). Formed in the beginning of 2017, the alliance has more than 50 recognized firms and startups including British Petroleum, JPMorgan Chase, Microsoft, Intel Corporation, Hewlett Packard and more.

The main aim of EEA is to form a liaison for large companies who want to utilize Ethereum’s blockchain capabilities. The alliance has garnered much interest and has more than 116 members with several belonging to Fortune 500 companies, research institutions, startups and also government offices. The main lure of Ethereum is its three-pronged benefit of scalability, security and privacy.

One of the biggest concerns regarding the increasing popularity of Bitcoin is its high power consumption. With energy resources rapidly depleting globally, the energy guzzling cryptocurrency has the potential to pose a big issue. Ethereum however is much more efficient. Ethereum does not use as much power as Bitcoin. It uses three times less energy than Bitcoin.

Furthermore, its proposed proof of stake verifying system of transactions make the transactions more secure and efficient than Bitcoin’s proof of work. The newer algorithm, which will be released shortly, gives an Ethereum token holder the power of validator.

The Casper algorithm, the brainchild of Buterin, the creator of Ethereum, will reduce the power needed for Ethereum to enable amicable agreement on transactions as well as network contracts. As Casper’s efficacy is still not certain and is under heavy scanner, it is too early yet to predict its outcome.

Digital tokens being based on Ethereum platform

Initial coin offering (ICO) has become very popular now. Many of the successful companies prefer garnering funds through an Ethereum platform based digital token. BlockChain Capital is one such company that has amassed a funding of $10 million in an amazingly short span of 6 hours. Melonport, an Ethereum token used to raise money for a Singapore based fund is another stellar instance of Ethereum’s increasing demand in the trading environment. Augur, Gnosis and a few other assets formed on Ethereum represent a whopping share of market value. This relates to one third of the tokens and assets backed by cryptocurrency and nearly half amount of the entire value attributed to assets based on Ethereum. The token variety found in Ethereum gives it the power to innovate. Utility tokens like BAT and Cryptokitties are instances where Ethereum has challenged existing systems with its efficient functioning.

2017 has been good for Ethereum with its prices shooting up to incredible levels. The cryptocurrency boasts of multipurpose functions. With improvement in technology, the day will not be very far when Ethereum turns into an integral component of our daily life.