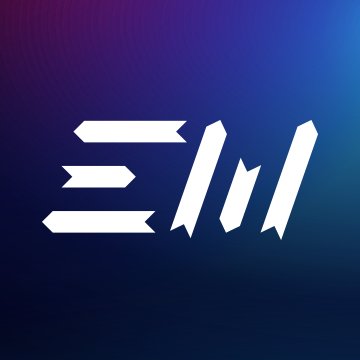 The project aims to raise $300 million USD to fund the development of the platform and its margin loan scheme.

This piece is an analysis of the facts available about the Exmo ICO sale. It should not be read as offering any advice or a recommendation. ICOs may have quickly become a favourite tool for funding new crypto projects but the ICO can be very high-risk for token purchasers. ICOs currently have an unclear legal and financial status in many jurisdictions.

According to the white paper, money raised during the ICO will be used primarily to fund the development of the platform’s margin loan scheme. This type of flexible credit allows traders to borrow funds to make investments using their existing assets as security.

The ICO will also be used to cover costs of the platform’s expansion including marketing and technical support. The white paper states that the acquisition of rival crypto exchange platforms is being considered as a possible route for further growth.

Exmo is registered as a company in the United Kingdom.

The EXO token is a utility token based on the Ethereum blockchain. Holders of the token would be entitled to share in the profits from the margin loans offered by the platform. According to the white paper, 50% of the revenue generated from margin loans would be divided among all token holders as a monthly dividend based on the number of EXO tokens owned by each token holder.

The white paper lists a team of 14 who have experience in business development, marketing, blockchain and smart contracts. Desmond Marshall, founder of Rogue Ventures, is listed as an advisor to the project.

#EXMO team, led by Ivan Petukhovsky, spoke about the start of #EXO Crowdsale for financial support of margin lending at the Blockchain&Bitcoin conference held in Malta. #bitcoin #blockchain #EXMOCoin pic.twitter.com/9iysOiJc6Q

The Exmo crypto exchange platform has been in operation for several years. Its customer base is primarily in Eastern Europe. A margin loan scheme was added to the platform early in 2017. This service was likely introduced to encourage the growth of trading volumes on the Exmo platform.

The 43 page document contains information on Exmo’s business proposition, the EXO token and the company’s roadmap. There is also a one pager which offers a shorter summary of this information.

All of the objectives on the five year roadmap are quite ambitious. These include international expansion and becoming the market leader for crypto currency exchange services. Exmo is also in the process of setting up a Trust Fund in Sweden and has plans to register as an Alternative Investment Fund in the European Union.

These objectives are based on optimistic forecasts for the growth of the trading volumes on the platform. What happens if these scenarios are not realised? It appears that there is an assumption here that a wider adoption of crypto currencies will take place but this is not certain. Crypto may remain a niche and highly speculative space for enthusiasts and experts.

Exmo’s existing platform and customer base may offer a degree of reassurance to potential token holders. However, past performance cannot be said to offer a meaningful guide to the future potential of any crypto project given the volatility of the crypto space.

Exmo appears to have ambitious plans for its future development and growth. Can all these ambitions be realized? It remains unclear. However, crypto currency exchange platforms and trading are crucial components of the crypto eco system.

The Exmo white paper can be read here.