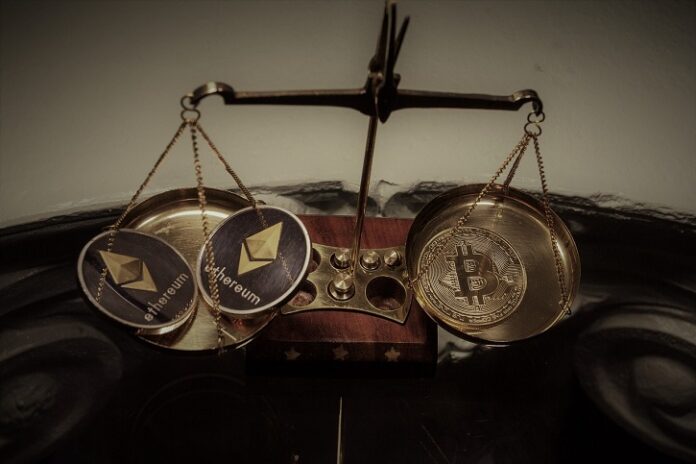 As Ethereum approaches its next upcoming hardfork in mid-October, the development team appear no closer to deciding on what the update will actually include.

As was revealed during August 24th’s Ethereum Core Devs Meeting #45 live-streamed on YouTube, several proposals are currently being considered for inclusion in the second hardfork of the Metropolis development phase. Ethereum’s development has been segmented into four different stages since launch, and Metropolis – the current stage – is the third of those.

The second hardfork of the Metropolis era is known as Constantinople and, before it can be implemented in October, the team must come to an agreement on the issues which still prove divisive.

As per Friday’s discussion, those issues appear to revolve around resolving the dominance of ASIC miners on the network, a likely reduction of block rewards, and possibly lowering Ethereum’s mining difficulty.

Several Ethereum Improvement Proposals (EIP) have been put forward, with three in particular appearing to conflict with each other – EIP-858; EIP-1234 and EIP-1295.

As detailed in the Github proposal, EIP-858 puts forth the idea of reducing block rewards from 3 ETH to 1 ETH. This would have the desired knock-on effect on disincentivizing ASIC miners who would suddenly find that their efforts were no longer profitable, while also encouraging GPU mining, something that Ethereum has long claimed to favor.

The proposal also notes the reduced environmental impact that could be achieved with the reduction of the influence of ASIC miners.

Ethereum’s mining difficulty grows steadily over time, with mining rewards rising in step as a result. EIP-1234 puts forth the proposal that the mining difficulty algorithm (known as the difficulty bomb), should be delayed for eighteen months.

The rationale seems to be that this would remove the requirement of raising mining fees any further, while speeding up block times. EIP-1234 also suggests lowering block rewards from 3 ETH to 2 ETH – an idea which could have unwanted consequences if paired with a reduction in mining difficulty, as pointed out by a Github user:

“What is the rationale behind another block reward reduction? Have you evaluated the possible impact on the resiliency of the network against 51% attacks especially in the light of the recently released Ethash ASICS?”

When cryptocurrency is mined, the job of the miners is to confirm as many transactions as possible and fill them into blocks. Every miner competes to fill those blocks, and only one can get filled in every round.

That leaves many blocks that didn’t quite make it, and these usually get discarded. On Ethereum however, Uncle and Nephew blocks get included in the mining process, thus helping to secure the network by making it ‘heavier’.

EIP-1295 seeks to reduce Uncle and Nephew rewards, while also reducing the difficulty bomb. Unlike the other two proposals, 1295 suggests that block rewards be maintained at 3 ETH to ‘ensure that top line incentives stay in place’.

Referring to the reduction of the difficulty bomb, the proposal states:

“With the focus on scalability for the protocol, eliminating a mechanism whereby the throughput of the network can be limited artificially, due to any circumstance, is a logical step to ensure continued minimum network operation at the current throughput level.”

Every Ethereum hardfork to date has been accompanied by a subsequent price change. When the network updates from the Frontier to the Homestead stage in March of 2016, the price of one ETH coin jumped 270% in the month leading up to the hardfork.

Moving forward to October 2017 when the transition was made from Homestead to Metropolis, Ethereum’s price surged 20% from the $292 range to $349. On that occasion, a sell-off resumed shortly after as, by that time, market manipulators had begun to coordinate their pumps with such media announcements.

The fact remains that none of these proposals are backward- or forward-compatible with the current incarnation of Ethereum, so the eventual outcome will be a game-changer in one way or another.