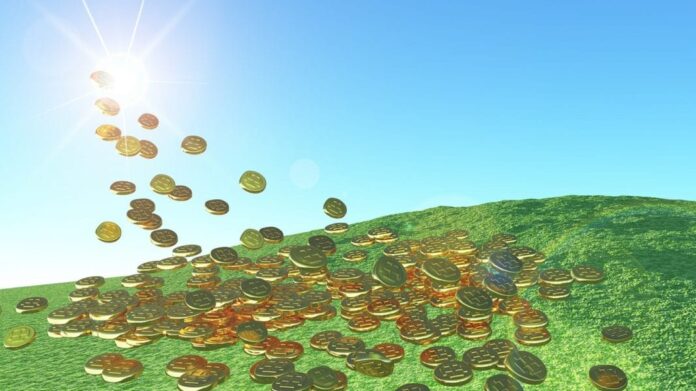 Bitcoin has reached new highs in value, but so has its energy consumption cost. Per the Bitcoin Consumption Index Chart, 165 kilowatt-hours (kWh) are consumed for each Bitcoin transaction. To put this in perspective, the average U.S. household consumes about 30 kWh a day.

It is generally accepted that the more Bitcoin’s price increases, the more economical it is to mine it. Of course, as the value increases, so does the difficulty to mine, which in turn increases the energy required.

Miners are no strangers to taking inventive measures to mitigate energy costs. Renewable energy sources like hydroelectric, wind, and even geothermal power are already being utilized by numerous mining operations to offset energy bills. Some miners even use green energy to completely power their equipment.

But is this a viable strategy in the long-term when considering scaling up your mining farm? Let’s take a look at how this plays out for solar power, arguably the most popular green energy right now.

Many miners have had great success with utilizing solar energy to make their pockets and the planet a little greener. But the caveats become clear when you take a look at any examples online. A successful solar mining operation is usually small to mid-size. Scaling up is usually restricted due to a variety of factors.

Finance is the prime factor affecting scalability. Most other factors eventually lead back to this one as the root cause for why expansion is impossible. The down payment for both solar and mining equipment usually dissuade the majority of miners. Most miners don’t like playing a waiting game for a return on their investment. Depending on your desired setup, factors, such as if you want to mine at night or sell your extra energy come into play. Solar batteries right now add a sizeable cost, and most utility companies buy energy back at terrible rates if they even do buy it back.

Of course, after buying the equipment, you need a place to put it. When scaling up a solar mining operation, the costs to acquire space for your solar modules can add up fast.

Costs grow exponentially when the land up for grabs is not efficient for solar power. If you’re installing on the roof surface of a building, pitch and azimuth can make the difference between needing 10 modules or 50 modules to power your mining farm. Similarly, if the land you plan to install a ground-mount solar array on is in a shady area, you’ll not only need to invest in more equipment like above, but you’ll also need to buy more land! Either way, if you expand your mining operation, you’ll have to revisit solar equipment and space costs periodically.

A place with ample sunlight would be the ideal place for solar power generation. Some miners set up their mining in deserts for this reason. Unfortunately, mining machines generate excessive heat when operating. Compounding this with the extreme temperatures of ideal solar areas usually results in accelerated wear and tear of the machines. To offset this, you’ll need to spend a “pretty penny” on a nice cooling system (and upgrading it later when you expand your mining machines).

The most honest indicator of your solar mining financial success or failure is your cost-benefit ratio. Bitcoin’s price regularly undergoes drastic fluctuations. Its difficulty also changes every few weeks. These values can align in a way that makes your mining operation hemorrhage your capital. As mining farms scale up, the tipping point for this gets tighter.

The Merkle interviewed a desert miner this past July who revealed that he needed Bitcoin to stay above a $2,000 value if he wanted to stay profitable. While the last few weeks have been great for Bitcoin, the miner also expressed his fear of a steep price decline; it could be disastrous for him.

This particular miner had 25 Antminer S9 ASICs mining Bitcoin. He estimated that each of these miners cost $8,000. This included the ASIC as well as the solar equipment needed to supply it with power. Each miner brought in about $18 a day. By this math, it would take about 445 days to break even on the $8,000 investment. Of course, in this example, price and difficulty value are kept static. Land costs are not factored in either.

Let’s go through another example of a bigger mining operation. This will be extremely simplified with no moving variables.

After running these variables in the CoinWarz.com calculator, it would take roughly 419 days just to break even with one miner. Even when you scale up to 10, 100, or 1000 mining rigs, profitability does not improve; it would still take about 419 days to break-even on the investment of the solar and mining equipment. The caveat here is that while you’d break-even under optimistic conditions, as soon as a variable negatively changes (Bitcoin price plummets), you’ll start losing money. The amount of capital that you begin losing is directly proportional to the size of your mining farm.

The above example is an optimistic and simplified calculation. Like the example before it, break-even would take at least 400 days (the difference between 419 days and 445 days can be attributed to the increase in Bitcoin value). Again, this is without factoring in numerous variables that would undoubtedly make a large mining operation cash-flow negative. It is also supposing that you have easy access to land that has decent solar exposure.

Looking at the Bright Side

Solar energy is cheaper than ever before. Bitcoin’s price is hovering around highs it has never seen. But to make a scaleable solar mining operation actually profitable, either solar energy must become cheaper or Bitcoin’s price must increase even more.

When considering Bitcoin’s price and difficulty fluctuations, land cost, and maintenance costs, the profitability probability decreases even further. Most solar miners can only be considered “profitable” because they used previous mining profits or sold their old equipment to help foot the bill.

Solar energy is certainly a great supplement to offset the gargantuan energy bills you get from running a large mining farm. Bitcoin’s price is still too unstable to warrant a large-scale solar mining farm. But the future for both Bitcoin and solar energy costs look optimistic, and it may certainly be viable not too long from now. Just not now.