For many startups that have undergone an ICO-stage within the last couple of years, the time following the ICO is more important than the ICO itself, as this is the time when ideas can be truly evaluated on the point of their viability and profitability. To put it more simply, this is the time to get the real work done – the IT development, the technical implementation, the product release and so on. Not every project makes it to this stage, let’s look at the exceptions.

COSS, a Crypto One-Stop Solution platform developed by an international team under a company incorporated in Singapore has recently caught our attention with its all-encompassing concept and a handful of essential solutions for cryptocurrency users’ everyday needs. In less than a year on the market the company pushed its product into operation, signed lots of MOUs, built a community from scratch and launched an ICO campaign to speed up the IT-development for the next few years.

The main goal of COSS is bringing significant improvements to the everyday routines of cryptocurrency users associated with exchanging, trading, storing and spending cryptocurrency. Apart from that, COSS has developed an eCommerce-toolkit for merchants willing to accept cryptocurrency that includes merchant listing and search, payment gateway/POS-system, digital marketplace and KYB-process. All of the above, according to COSS CEO, Rune Evensen are important elements of a digital cryptocurrency-ecosystem that the team is developing. 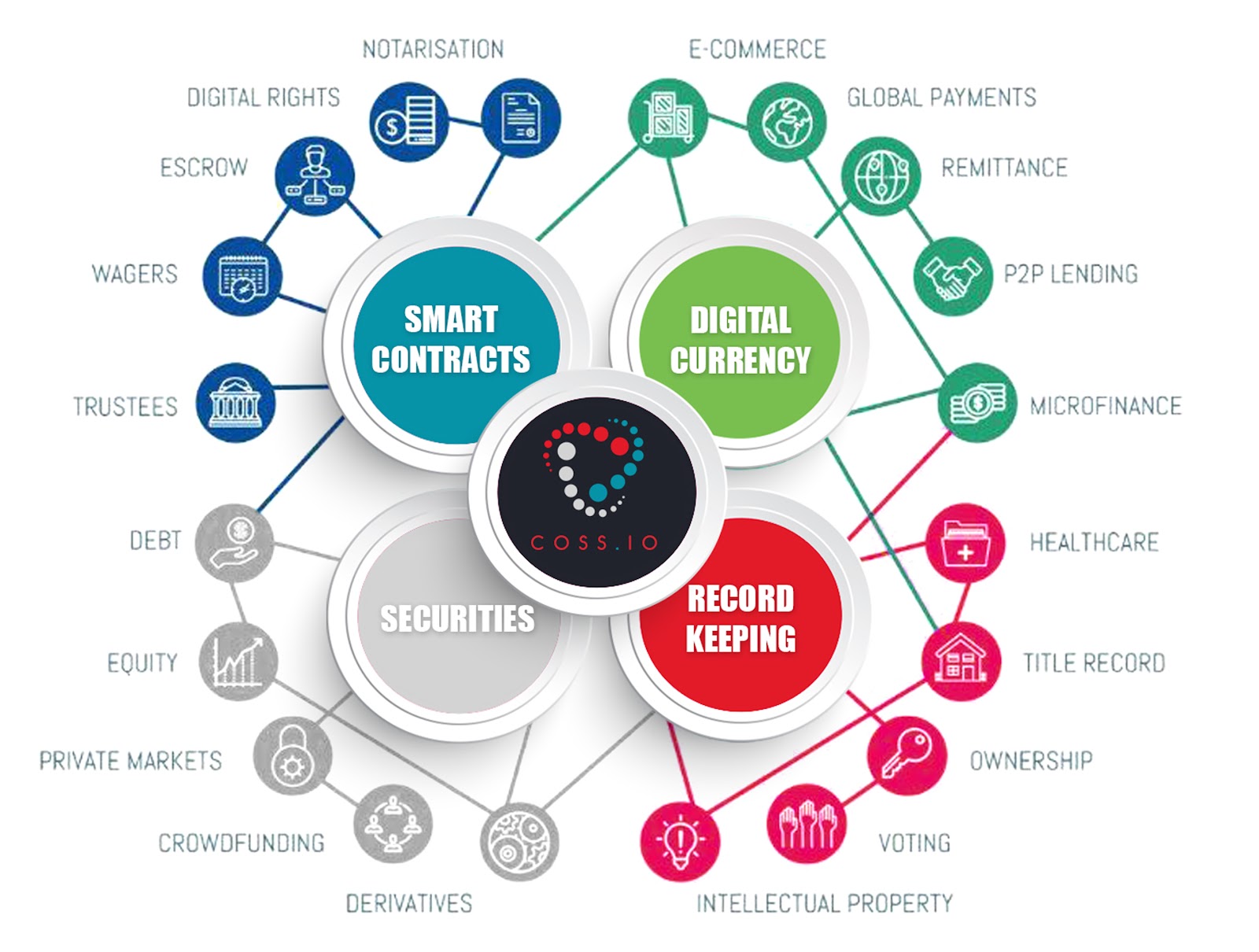 On August 8, 2017, the company opened the crowd sale of its revenue-generating COSS token soon to be set into circulation on its native cryptocurrency exchange at coss.io as well as a number of other well-known exchanges. The token sale is about to close, and unlike other ICO initiatives, it had no strictly-defined cap determining whether the project will continue or not.

Rune Evensen, CEO explained, “At the start of the ICO we had in mind an approximation of the funds that we’ll need to gather for developing the project in accord with the current roadmap. Not reaching the cap, however, is not an indication for the COSS team that we should stop building what we aimed for. It just means that we will have to get more creative and consider alternative funding options. No matter what the ICO results are, we will continue. In fact, the phase that follows the crowd-sale will be the busiest time for us, and the support of our strategic partners, advisors, and community growing by day is one of the strongest driving forces”.

Soon after the ICO is over, COSS will implement the new features such as enhanced KYC, compliance, B2B & P2P remittance, crowdfunding and the ICO-related services such as listing and analysis, prepaid cards, DAO-functions, Smart Contracts as a Service and 3rd-party plugins. All of these together with gas and electricity billing in crypto and constant will be available in the foreseeable future. In the long-term perspective, COSS will go global with its plans and shape a stable foundation for launching the other fintech startups and companies. To make the company more solid within the constantly-changing industry, COSS will be looking for ways to license its products and services within the Singaporean legislation. Taking all of the above into consideration, COSS token has all the status of a very stable investment that it acquired after the analysis by ICO Rating. The COSS Token Swap (ICO) ends soon, so there’s not much time left until the sale closes. You’ll find all the necessary details concerning participation here. 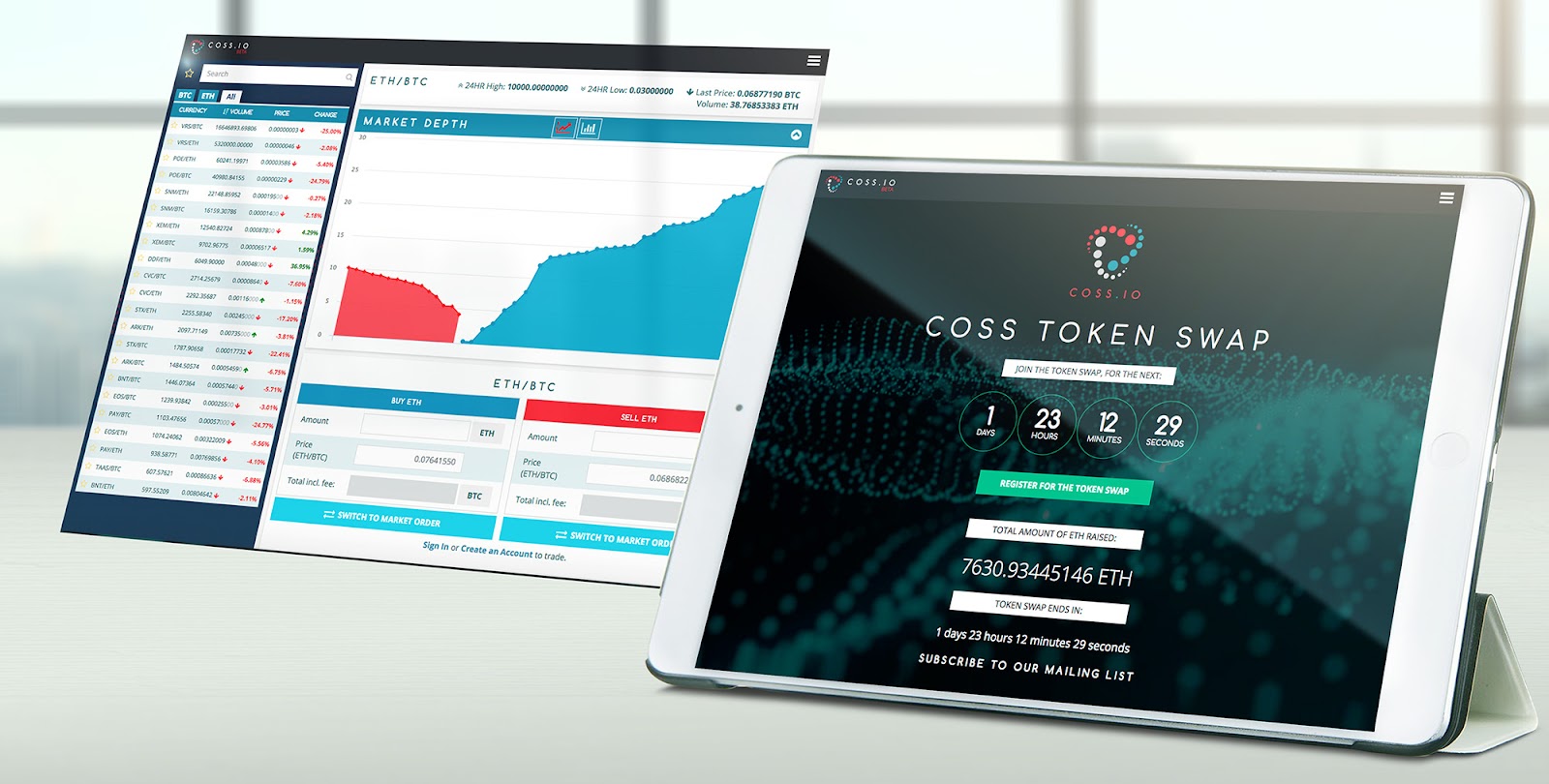 Within the fintech community not everyone is equally enthusiastic about the ICO hype these days, because the cases of many startups failing to meet their caps or goals after the money from the investors has been collected bringing no foreseeable return of investment on the horizon, many are compelled to look at crowd-sales with skepticism unless a mechanism ensuring the correct use of their contributed funds has been set in place. The absence of regulations in the ICO market is the major factor blocking the development of such initiatives according to those who are used to doing it the old way via Kickstarter or Indiegogo, for instance. Such point of view is understandable, and several legislations including Singapore are indeed looking for ways to make investing into ICOs more civilized through regulations. It is great to see companies like COSS emerging on the market in spite of all the regulatory difficulties associated with the disruptive innovations that they propel. Best of luck to COSS in its final hours of the ICO crowdsale at coss.io/ico.