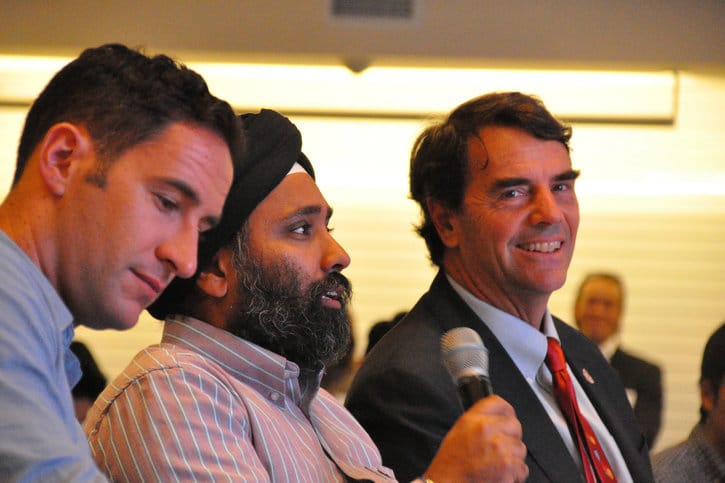 Tim Draper, a billionaire venture capitalist, has no problem holding his tongue about India’s negative view on cryptocurrencies, as he believes the country is making a grave mistake in downplaying what he believes to be a technology that will revolutionize the world.

The tech investor and highly-respected Bitcoin enthusiast has not always viewed India in the highest regard, as he adjusted his portfolio to exclude investments in the country in 2016, believing that the business climate there was not creating an ideal environment for investment.

However, the US-based tech investor recently returned to backing Indian startups after Modi pledged to crack down on corruption, so his recent comments after reconciling with the subcontinent show that he is clearly dismayed at their attitude towards cryptocurrencies.

He is specifically referring to India’s central bank, which stated that they were shying away from cryptocurrency-related accounts. While this isn’t the full crypto-ban that was rumored months earlier, it doesn’t inspire confidence from cryptocurrency investors.

India is home to over a billion people, and Draper even points out that millions of rupees are wasted on issues that blockchain and Bitcoin solve, and it is extremely foolish for India to ignore its potential.

He is concerned that bright blockchain entrepreneurs in the country may look elsewhere to grow their companies, as the industry will require the top engineers and coders in the world, who will undoubtedly be wooed overseas if opportunities do not present themselves at home.

Tim even went so far as to say that Bitcoin should be the “national currency” of India, which is clearly in extreme opposition to the country’s current position on the subject.

Nevertheless, Draper has invested in Unocoin, which is marketed as “India’s most popular bitcoin wallet”. One of Unocoin’s co-founders, Sathvik Vishwanath, has also agreed with Draper’s stance, stating that the bank’s ban more likely would cause panic among the several million Indian cryptocurrency users, and that the country’s perspective is undoubtedly moving in the wrong direction.

Only time will tell if Tim Draper’s stance on India banning Bitcoin is right or wrong, but considering the investment know-how Tim posseses, chances are that his fears might prove to be true in the long-run for India.