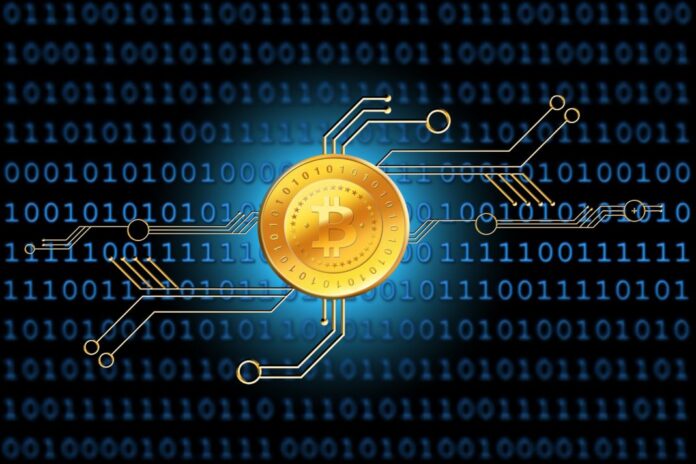 The Bitcoin network is peer-to-peer, which means that everyone is each other’s peer and everyone can observe each other’s actions. This excludes a centralized party from the system. The transaction verification process carried out by the miners confirms the transfer of a certain amount of Bitcoin from one owner to another. All Bitcoin transactions are irreversible once confirmed by the sender. The same is true for the production of a new block in the blockchain, the transaction confirmation process takes about 10 minutes. Until then the transaction is normally indicated as pending. Once the confirmation is finished, the transferred amount appears in the receiver’s wallet balance. Each block in its essence is a collection of transactions that took place around the same time.

Each Bitcoin transaction has an input and an output, which are used as references to the previous owners (input), and the ones that follow (output). Each input turns into an output once the amount of Bitcoin is sent to a new owner. During the verification process, the miners are making sure that amount of the input and the output match and that transferred Bitcoins haven’t been spent twice (double-spend attack). The hash of each transaction helps to prevent the double-spend attack from occurring as it excludes the possibility of sending two identical transactions by means of digital signatures such as private keys. A private key is a secret combination of numbers linked to any Bitcoin wallet or address (public keys) that allows a transaction to be sent. Each transaction requires the sender to pay a transaction fee for using the network’s resources and the miners’ services. The fee depends on the transferred amount.

Public keys are shared with the other people same as your bank account number used to receive transfers. They represent a chain of letters and numbers and are often presented in the form of QR-code that can be scanned with a smartphone inside the wallet application. It is more convenient than copy-pasting or typing in the receiver’s address. By contrast, private keys should never be shared with anybody by any means as their loss or disclosure to anybody may lead to stealth of funds from your Bitcoin wallet, so keep them for yourself and store them in a safe place, where nobody else will find it. The unique combination of your private and public keys is also used to verify your transactions.

Each Bitcoin is divisible into smaller units until 8 decimal points. The smallest division is named Satoshi after the inventor of Bitcoin (1 Satoshi = 0,0000001 Bitcoin). This means that instead of transferring an entire Bitcoin, you can buy, send and receive fractions of it. Have you already traded in Bitcoin? Let us know what your favorite Bitcoin wallet is in the comments.