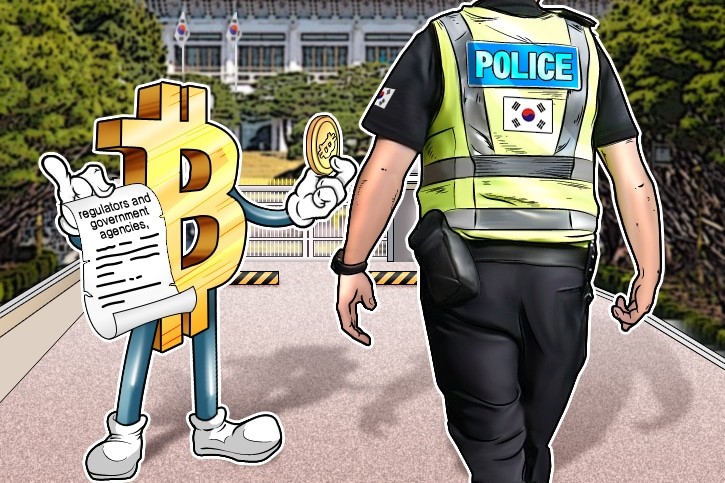 The past year has demonstrated that the success of Bitcoin and other decentralized cryptocurrencies does not seem to be swayed by government crackdowns or bans.

There was a notable uproar in South Korea following the release of a Republic of Korea (ROK) bureaucrat statement which suggested a cryptocurrency ban. The announcement was met with an uproar of discontent by both the media and public. Hundreds of thousands of citizens signed dozens of petitions that were submitted to the South Korean president. The waves of anger were easy to spot on social media platforms as South Koreans expressed their rage and demanded that the bureaucrat be relieved of his duties.

This put into motion an interesting debate among South Korean regulators and government agencies, especially since the country’s many branches of regulation and law-making cannot reach a unanimous conclusion about the industry. However, eventually the South Korean president’s executive office released an official statement which confirmed that they were not planning a cryptocurrency ban. Shortly after the announcement, several ROK members jumped on the Bitcoin bandwagon to defend its merit.

The recent incident in South Korea could perhaps serve as a testament as to the robust nature of cryptocurrencies. What makes the event in ROK particularly interesting is its geographical setting, as well as its historical, political, and economic context. In this time of post-war politics, the situation between ROK and its neighbor, the Democratic People’s Republic of Korea (DPRK) make for an interesting case study in cryptocurrency. Both ROK and the DPRK share a history, peninsula, and a similar culture, which makes it an ideal setting for an organic experiment when it comes to cryptocurrency regulations and prohibition.

In the DPRK, Bitcoin became available to the country’s elite during the start-up phase of cryptocurrency. While the country adopted a de facto ban on the industry, they continue to have an interesting and evolving relationship with cryptocurrency. In recent years, the DPRK regime has especially looked towards cryptocurrency as a means to evade crippling sanctions that were imposed on it by the international community. However, cryptocurrency remains exclusive to the country’s ruling elite, and has provided the isolated North Korean landscape with a brand new reality and subsequent possibilities when it comes to money. This perhaps signifies that Bitcoin can be a powerful force even in oppressive regimes.

Conversely, the ROK has experienced a series of tax issues, pronouncements, appeals to the international community for addressing the industry and its obstacles, several policy changes, and bank crackdowns. Considering South Korea’s prominent role in the industry, the government and regulator crackdowns also impacted the international average trading price. For example, the country’s main regulator’s recent crackdowns ostensibly contributed to the recent Bitcoin price dip. However, even this dip was only temporary, and the Bitcoin price has since stabilized.

Using the two vastly different countries as a case study has enabled experts and researchers to experience first-hand how cryptocurrency can be dealt with in terms of regulation, what the consequences would be, and even what exactly would be meant by instating a ban. Considering Bitcoin’s decentralized nature, it can never truly be eradicated from any country’s economic landscape, which is why it is so appealing.

At the moment, out of 195 countries, only 12 attempted to implement an outright cryptocurrency ban. These countries include Nepal, Brazil, Bangladesh, Indonesia, Kyrgyz Republic, China, Ecuador, Vietnam, Algeria, Israel, Bolivia, and Morocco.

However, even using the word ‘ban’ is misleading, as each country implemented a ban of some sort but in different ways. Israel simply prohibited cryptocurrency from being listed on its indexes and discouraged local banks from issuing accounts to cryptocurrency-related endeavors. Despite these measures, the Israeli prime minister is still enthusiastic about the industry and stated that the country welcomes Bitcoin innovation.

Israel also serves as being representative of the only democratic country in Southwest Asia. Israeli citizens appear to be an enthusiastic crypto-community and are clearly passionate about the industry. Israel could prove to be an influential country in its immediate region when it comes to Bitcoin regulation.

The industry expert, Charles Hugh Smith, recently posted the argument that crypto-bans will never be instated purely because the decentralized store of value is too precious to wealthy investors, a fact which trumps the ideals of politicians. This statement perhaps reaffirms the several checks and balances that any democratic society has in place to prevent the ideals of a single entity from ruling any country. According to Smith, the cryptocurrency industry will perhaps only become more guarded as an important part of society, similar to housing. In fact, wealthy investors are already fighting to ensure that the industry remains free from too-severe government intervention.

This is illustrated in several contexts, such as Latin America, where countries face unique economic and social challenges, but where Bitcoin still thrives despite this.

Notwithstanding a government’s best intention, the fact of the matter is that cryptocurrency is immune to any ban. It is impossible to ban anything designed to be decentralized. While governments can increase regulation, implement heavy taxation, or introduce severe punishment for participating in the industry, cryptocurrency cannot be stifled, especially not in the new tech-orientated age where anything is possible using a smartphone.

Bitcoin And Altcoin Markets About To Reach New All-Time High

Most Expensive NFTs This Week: 16-22 October

Is Chiliz (CHZ) Gearing Up For A Bull Run?

October 21, 2021
© CryptoCoin.News. This is not financial or investment advise. Financial Disclaimer.
Posting....