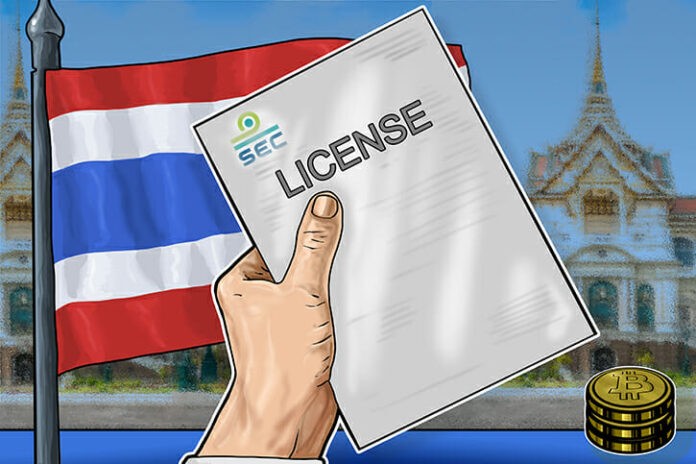 Just last week, Thailand brought into force a new royal decree which states that cryptocurrencies will from now on be officially regulated. The country’s approach to bringing on these regulations has seemed efficient and calm.

Bangkok Post’s recent report about the crypto situation in Thailand states that the royal decree has a hundred different sections which have helped define cryptos in this country.

According to the new law, cryptos will be classified as digital assets and, as such, they must be appropriately registered with Thailand’s SEC (Securities Exchange Commission). The law, which comes into force from May 13th, states that every one of the crypto retailers must acquire a license to deal in cryptos within 90 days.

Anyone found to be selling digital currencies without a previously-obtained license will face sanctions, with penalties ranging from paying a fine twice as big as the transaction value (minimum 50,000 baht, or $1550) to a two-year prison sentence.

Thailand began their work on bringing crypto regulations some time ago, and the country’s central bank decided in February to put a stop on crypto-trading for the time being. Back then, the cryptos were seen as an illegal tender in this country, which is why all of the country’s banks were instructed not to work with them.

Apisak Tantivorawong, the country’s minister of finance, realized at that time that cryptos’ entrance into the country’s economy was inevitable. He stated that the bank is not the one who should be regulating the crypto industry. He added that the ban on cryptos won’t be coming from the country’s government and that the agencies relevant to this field agreed that regulations will be necessary since there is no stopping cryptos from being used.

Soon after this announcement was made, Thailand’s second-largest crypto exchange, the Thai Digital Asset Exchange, decided to wait for the regulation to be announced, turning its back on ICOs until the regulatory framework arrived.

Cryptos will be subject to tax

Tantivorawong found it necessary to introduce new tax law regarding cryptocurrencies in March, even before the regulation was set out. Traders will have to pay 15% of their profits gained from selling cryptocurrencies, with an additional 7% in VAT. Before the regulations were approved, the submitted draft was slightly modified in order to protect investors, removing electronic data from the law regarding the assets.

Soon after this, the Stock Exchange of Thailand decided to announce LiVE, a new crowdfunding campaign regarding blockchain. It turned out to be a smart move, and several hundreds of companies have shown interest in participating in the project.

October 21, 2020
© CryptoCoin.News. This is not financial or investment advise. Financial Disclaimer.