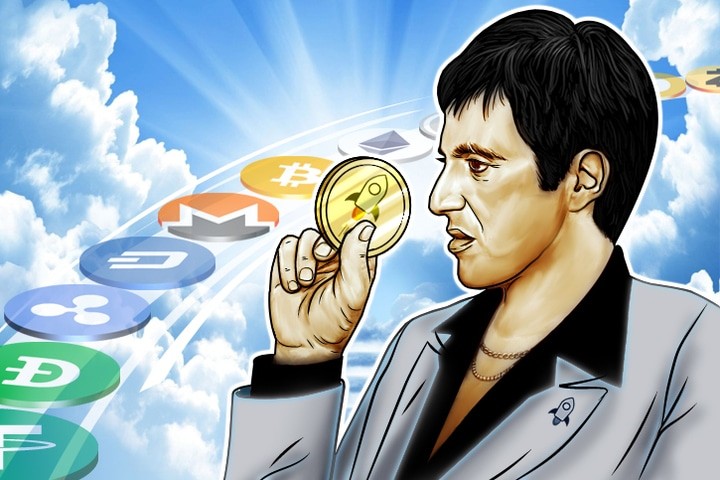 Stellar has entered the sought after realm of being one of the world’s top 10 largest cryptocurrencies after its value tripled within a week.

The first week of 2018 already proved to be a game changer, for the cryptocurrency industry at least. Previous popular cryptocurrencies such as dash, have been replaced by altcoins that up until now were relatively obscure: stellar and Tron. Stellar specifically, managed to reach spot number six of the world’s top 10 cryptocurrencies after it tripled in value in the last week. After its humble beginning of $0.32, the cryptocurrency now boasts a $13 billion-strong market cap. Stellar has been around for three years now and seems to be finally gaining momentum in both growth and popularity.

Stellar advertises itself as an open-source cryptocurrency project that is based on a distributed, hybrid blockchain. According to its official website, the blockchain network has been created to mediate cross-asset value transfers, which includes payment options. The website states that the Stellar network aims to be an open financial platform which gives equal access to several actors in the industry. Stellar is compared to Ripple, and rightly so as the two crypto giants are related. Jed McCaleb, the co-founder of Ripple, created Stellar shortly after leaving Ripple. McCaleb also gained some notoriety in 2011 for selling Mt Gox to Mark Karpeles. Stellar was initially intended to serve as a fork on the Ripple network but has since undergone an extensive restructuring.

Stellar use Lumens (XLM) on its network, which allows users an impressive transaction speed of five seconds. The Stellar network has a fixed annual inflation rate of 1%. The network is mostly tailored to large traditional financial organizations and institutions and already boasts partners such as Deloitte and IBM. Like most other ambitious cryptocurrencies, Stellar hopes to become the web’s preferred payment options. Which may prove to be possible considering the network’s quick and cost-effective transactions. However, several other cryptocurrencies offer the same features.

Last year, 29 cryptocurrencies managed to bypass bitcoin’s record-breaking 1,600% gains, which included Stellar. In the last year alone, the cryptocurrency’s value experienced a 28,000% growth. In the last 24-hour period alone, $800 million worth of XLM was traded on various exchange platforms worldwide. XLM peaked at $0.90 earlier this week and has since stabilized at around $0,75.

Several cryptocurrency enthusiasts consider Ripple and Stellar to be competing with one another for market dominance, similar to the Bitcoin Core and Bitcoin Cash battle. This seems an inevitable conclusion considering Ripple and Stellar many similarities including their target audience and shared codebase. While Ripple is way ahead in terms of relationships with traditional financial institutions, Stellar offers certain other attractive benefits.

Unlike Ripple, Stellar does not keep 60% of their total supply in reserve. Ripple keeps 55 billion XRP on hold at any given time. However, the number of coins available are similar. Ripple has 100 billion coins available, compared to Stellar’s 103 billion. Currently, there are 17.8 billion Stellar coins being circulated. However, 2 billion of the coins were given to Stripe in 2014 to pay back a $3 million loan. Assuming that Stripe has not sold their coins, their holdings are worth billions.

However, Stellar still has its fair share of critics.

Like its competitor, Stellar utilizes a comprehensive network consisting of trusted validating nodes. While any individual can host a node, in theory, Stellar mainly depends on certain approved nodes which have a close relationship to the network. Subsequently, this system undermines the decentralized nature of the cryptocurrency. Considering its target audience, it makes sense that the cryptocurrency is more centralized than most cryptocurrencies. However, it remains less centralized than its competitor, Ripple.

While it’s $13 billion market cap is hard to believe, several other cryptocurrencies in the top 10 such as Cardano, Ripple, and Tron boast huge market caps which seems irrationally big at times. However, in a speculative market, the assets’ value is purely judged on how much the buyer is willing to fork out for them, a figure which has become increasingly high in the cryptocurrency industry. Considering Ripple’s current price of $3 per coin, it is possible that Stellar could continue to demonstrate immense growth. At the very least, at least this growth is finally introducing some long-awaited competition in the crypto industry following months of bitcoin dominance.