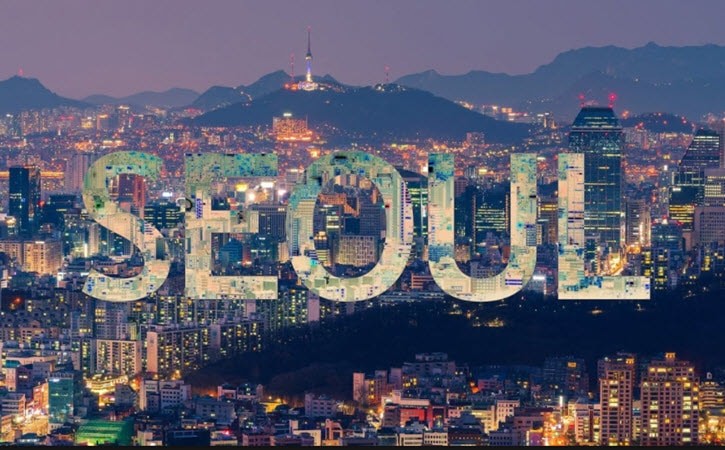 The development and ever-growing popularity of cryptocurrencies has started to affect even the world’s largest cities. Recent news reports state that Seoul, the capital of South Korea, might be the first city in the world that will actually adopt a cryptocurrency, of Seoul’s own creation, to be called “S-coin”.

According to the city’s mayor, Park Won-Soon, this might become the official method of payment that can be used for funding public welfare programs and even to pay private contractors. He said that Seoul is among cities that are the leaders of the Fourth Industrial Revolution, and he sees blockchain technology as essential for Seoul to continue its development in the modern age.

Mr. Park sees potential in the city having its own cryptocurrency, the largest being convenience and the wide application possibilities in everyday business. If launched, he claims that S-coin can be used for funding environmental protection, construction projects, and even welfare programs for young jobseekers.

A guideline that will present this plan in its entirety is expected to be released by the city towards the end of April.

Seoul might be among the first to proclaim their plans to adopt their own cryptocurrency, but it is certainly not the only one. Dubai is creating a plan that involves developing a personal cryptocurrency. Reportedly, its name will be “emCash”, and it would be used for both private and public debts.

Another example is Berkeley, California, that is attempting to tokenize municipal bonds.

The Marshall Islands from the Pacific Ocean have already passed legislation to allow them to launch a new crypto in an attempt to reduce their reliance on the US dollar.

There are reports of many others that are planning to do the same, like Venezuela, Iran, and even Russia. One matter for concern among governments whose political stance involves restrictions against any of these countries is the capabilities that crypto could bring, allowing them to sidestep international economic sanctions.

For now, at least, Venezuela’s supposed launch of a new cryptocurrency called “Petro” was proven to be a false report. Many sites have denounced it, and claim that the project is still missing a lot of critical info.