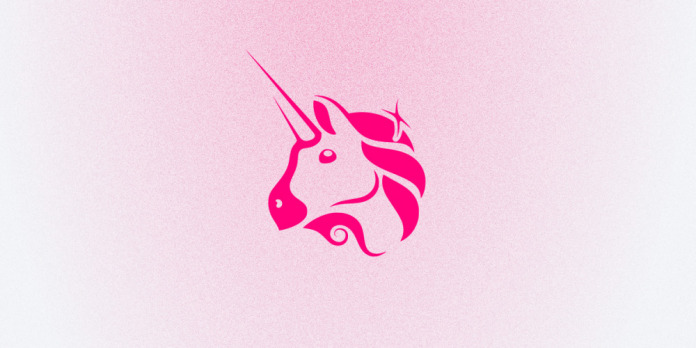 Uniswap, the world’s biggest decentralized exchange (DEX) recently hit a major new milestone. As the DeFi explosion continues, the exchange hit an all-time trading volume of $100 billion, becoming the first DEX in the history of crypto to process this much money.

The milestone was announced by the exchange’s CEO, Hayden Adams. Adams tweeted yesterday, February 15th, that Uniswap just became the first decentralized trading platform to process over $100b, which is an exciting new milestone for Uniswap, but also for the entire DeFi sector.

🦄 @Uniswap just became the first decentralized trading platform to process over $100b in volume – an exciting milestone for DeFi 🚀 pic.twitter.com/hUoM36aG6A

Adams used data provided by Dune Analytics, showing that the exchange’s cumulative volume actually sat at $101.5 billion at the time he made the announcement. The chart also shows that Uniswap’s dramatic surge in processed volume started around July 2020 — around the time when the DeFi sector itself exploded globally.

The exchange processed $1.2 billion in the last 24 hours alone, which makes it one of the biggest platforms for cryptocurrency trading. It is still nowhere near the biggest centralized exchanges, such as Binance, which processed $59.8 billion in the last 24 hours, but no other DEX can compare with these figures, and neither can most centralized platforms.

The Rise of DEXes Comes at a Cost

The last eight months or so have been good towards DEXes, making them an actual threat to centralized platforms’ dominance over crypto trading. The DeFi governance tokens have seen a sharp rise during this time.

With most of the DeFi sector being on Ethereum, however, the surge came at a huge cost — quite literally. So much activity on a blockchain that struggles with scalability caused Ethereum’s transaction (gas) fees to skyrocket, which also reflected on Uniswap fees. Some recent reports show that Uniswap’s transaction costs can go as high as up to $100 per transaction during the busiest periods, which is a massive price for the crypto industry.