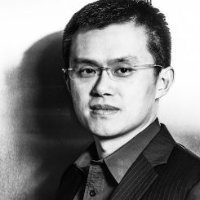 Binance has exceeded all expectations, including those of the CEO and founder Changpeng Zhao, or CZ as he is known, to reach the number one cryptocurrency exchange in just six months. Binance is arguably also the fastest ever Unicorn reaching double the valuation required (hitting $2billion) and is moreover profitable.

$BNB utility expands beyond the Binance platform. $BNB coins can be used as tip and payment in Gifto $GTO UpLive video streaming platform now. Thanks to $GTO, a strong, concrete, partnership! pic.twitter.com/a0ANw1T764

Binance may be an overnight success but CZ has certainly put in the time and there is very little left to chance in this booming exchange.

Two ICOs have already been rolled out on the Launchpad; GIFTO and Bread. The two ICOs raised $3million and $3.5million respectfully in a matter of minutes.

‘We are building a community of trust,’ says CZ. ‘Part of that is the release of ICO funds.’

In an exclusive interview with CCN, CZ revealed that the Binance Launchpad operates on trust.  ‘Ironic,’ he admits in the era of the blockchain.  ‘But we have an obligation to our traders and we also work hard with the ICOs.’

Merry Christmas! Thanks to all the support you have given to Binance! pic.twitter.com/hVIv9wTyDU

CZ revealed that his Launchpad does not release the monies raised straight away. 25% is delivered post ICO and the remaining 75% is released based on milestones agreed and reached.

‘Most ICOs do not need the full amount on day one,’ says CZ.  ‘This way we can hold the ICO accountable for their work. It does not guarantee their eventual success but it does winnow out scams and bad practice.’

‘We are operating like a traditional VC in some regard, but with more control,’ he explains.

Choosing the ICO is also an interesting job and one that will see a slew of enquires to the Exchange this year.

CZ is pragmatic about what ICOs he will look at. ‘In both the cases of GIFTO and Bread they had an established user base and a product that worked.’

However, he is also covering the software startup angle, having emerged from this industry himself. ‘We are setting up Binance Labs where we can incubate technology startups – giving them the advice and support they need to progress to full ICO status. This is a very exciting platform too.’

The maturity of the Binance exchange is reflected in CZ’s career. Approaching 40, he is no baby faced whizz kid. CZ cut his teeth in software startups and exchanges well before Binance was a twinkle in his eye.

Educated at McGill University in Canada, his first summer job was with a trading exchange in Tokyo. ‘The Tokyo Exchange out sourced development work to the company I was placed with and so I got early experience of coding for a trading environment.’

After he finished college, CZ was offered work by the same company in Toyko and spent the next four years there before moving to New York and working for Bloomberg. But the entrepreneurial urge was strong and he next moved to Shanghai where he founded a startup with four other principals.

‘By 2013 I knew that bitcoin was important,’ says CZ but he could not persuade his fellow directors and so he left.  ‘Ironically they are keen to do something in the space now,’ he says.

Next up he joined OKCoin in Beijing as a co-founder and also met Roger Ver in Tokyo. While they remain good friends, Ver tried to talk CZ out of running an exchange. ‘It just wasn’t on his radar or interest,’ laughs CZ who did not take Ver’s advice.

By 2015, CZ knew he wanted to set up his own company again. He looked at Poloniex and saw the trading volume was very low – Bitcoin was only trading at $200.

‘So we developed software to run trading exchanges. This is what I knew and I could pull together an experienced team.’

For the next two years CZ worked for 30 different exchanges, providing the trading software and support. This was his golden bullet. ‘Every exchange was different and we learnt about every possible issue,’ he says.  Except perhaps the speed of his own company’s growth.

In 2017 when CZ decided to build his own exchange he had all the experience gathered from his 20 years working in trading software. He had seen first-hand the problems and the challenges facing popular exchanges.

‘Often an exchange will take an easy route to market – because of cost or speed,’ says CZ. ‘We built in scalability from the beginning.’

CZ reckons the current number of users, standing at 3.4million and climbing by 100,000 a day, could easily scale to 50million or 100 million.

‘However, where we are hurting is in the support. We have 50,000 outstanding support tickets and we cannot hire people fast enough. The growth is huge but so too is the learning curve for new users. Most of those tickets require human intervention,’ he says ruefully.

Part of the solution may be the role of community in Binance. CZ was very keen from the start to provide an open solution and listen to the community.  Binance angels and community volunteers have grown much faster than even CZ expected.

‘People love to be part of a successful project,’ he says. ‘We listen to our community and volunteers. The community has voting rights on our coin. This is very important to our ethos and development.

‘This is not a short win; we are in for the long haul. We see this at least as a ten year project.’

The odds are looking good. Already there is huge interest in the two spin off arms of the business; the incubation labs and Launchpad. CZ believes strongly the community needs to trust each other. ‘I know, it’s funny to repeat that word trust,’ says CZ, ‘but it is core to Binance and its success.’