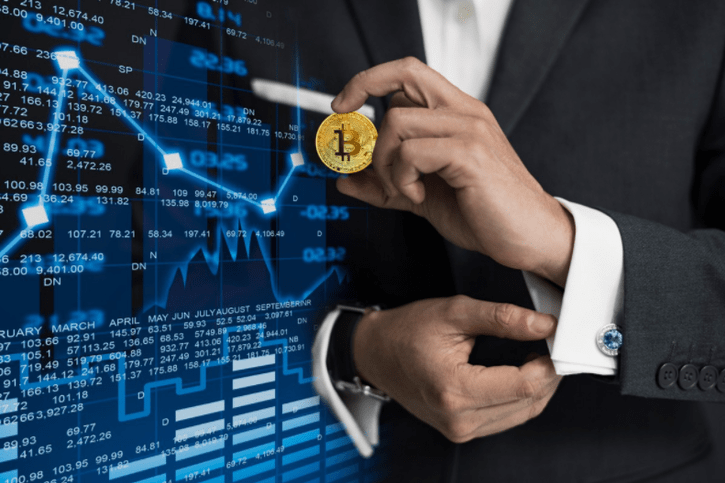 Are we seeing another another hustle for Bitcoin? Opinions are split: some think Bitcoin will reach the heights of $250,000 as 2018 ends, while others feel the crypto market is a bubble.

Optimism is undeniable though as each and every one of the cryptocurrencies in the market has gained value during last week. Nevertheless, caution should be taken as it still is not clear what are the exact reasons for this sudden increase.

The fluctuation of prices has been remarkable. At last week’s close, the price of Bitcoin landed at the mark of $8,000, a number representing an increase of more than 30% of the values obtained during the first days of April.

On Thursday, the virtual coin witnessed one of the most astonishing rises, increasing more than 1,000 USD in about half hour, and having the biggest trade volume in its history in the market.

Thomas Lee, co-founder and research department head at Fundstrat, stated in a report by the CNBC that he foresees Bitcoin will rise by 200% as 2018 ends, reaching $25,000 per unit.

Serious winds (of change) at our block (chain) party last night. Predicting bitcoin at $25k by 2022.

Lee’s assertion is optimistic but compared to Tim Draper, published on his Twitter account, his message looks like apathy. Draper predicts that Bitcoin would reach $25,000 per unit in 2022.

The general interest news site, Vox, published an article last week whose title left nothing to the imagination, the headline read: “Why Bitcoin is bullsxxt, explained by an expert”.

In the article, Nicholas Weaver, member of the International Computer Science Institute at UC Berkeley, had some interesting opinions including: exclusive blockchains are just a “20-year-old technology that somehow causes idiots to throw money at it” and a public blockchain is “supposed to be a decentralized record-keeping structure but, in reality, is both centralized and horribly inefficient.”

“are unregulated entities that allow all sorts of things that are outright frauds. For example, in a regular stock exchange, you’re not allowed to trade with yourself because that’s price manipulation. But that’s a regular occurrence on these cryptocurrency exchanges.”

As we can see, Bitcoin continues to divide opinion, with fans forecasting the most outstanding gains in the next years, and detractors willing to take down the whole concept behind cryptocurrencies.