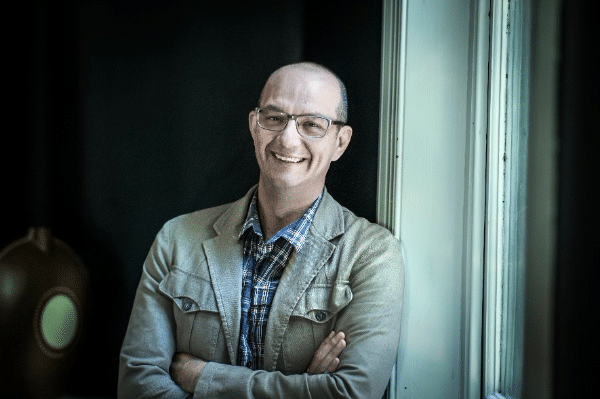 Blockchain has entered the entertainment sector. The latest incarnation is an international thriller involving murder and the destruction of a billion-dollar start-up, leading to an international manhunt. Players the main character uncover the truth.

Called Forever Has Fallen, the transmedia experience uses gamified blockchain to police players with ledger functions providing verification of where they are in the game, along with ownership of digital goods and collectibles.

Smart contracts generate rewards for players completing tasks, or for adding content to the game, so that the community can become a true DAO.

The history of this experience

It is the brainchild of advertising man Kimon Lycos. Lycos, a Greek by heritage and name, based in Adelaide with a working career in Sweden, has always had a fascination with the complex. He loves translating the highly technical into the understandable, a talent that has stood him in good stead with his traditional clients. Then last year, while on a business trip to Sydney he picked up a magazine in the airport which said – Blockchain to Change The World.

“I was living in Sweden at the time but I missed both revolutions. With blockchain it was going to be three strikes and you are out. And I did not want to be out this time.”

Back in Adelaide he called a meeting with his staff, and explained as best he could the new technology, asking if he was overselling them on the concept.

Storytelling is in Lycos’ blood. Together he and his team crafted an environment that spans a creative, fictional digital world, underpins it with the blockchain, and then adds in social media platforms and real live events. Transmedia is the term that connects all these different sources of information and data.

“What really excites me is the gamification of blockchain. We are building a community where top performers can make money and earn a living working in this world. How cool is that?”

The scene is set in Stockholm. A billionaire businessman has set up Stockholm’s seventh unicorn: a company that offers digital immortality. Foreversocial is his platform where a complicated AI algorithm creates a person from all their digital interactions while alive, and from that forges a credible digital person after death that continues to interact and be ‘alive’ after death.

Black Mirror has captured some of these elements in its ground breaking series.  “When the same ideas pop up in different spaces, rather than bemoaning the duplication, I see it as validation of the idea.’ says Lycos.

In the opening story, the billionaire founder, Karl-Axel, finds his partner murdered, the servers wiped and the bank accounts empty. He has been framed for the murder and destruction of his own company. This is where the gamers enter: receiving messages and help from Karl-Axel to help him uncover the truth (or not) with other main characters including an assassin. The transmedia focus means that the game is not restricted to the platform but includes video, texts, linkedin and other familiar forms of social media.

Lycos’ vision is that the Forever Has Fallen community will also meet in person, and in time use the token to redeem services in the real-world – for hospitality, entertainment, and food. Currently, new partnerships are being put in place to link up live interactions with the digital blockchain buster.

The Token sale begins on March 15. Currently 350 million ERC-20 compliant tokens will be available with an estimated value of $35 million. There is no soft cap according to Lycos. “We are building this baby regardless.”

August 4, 2020
© CryptoCoin.News. This is not financial or investment advise. Financial Disclaimer.