We had the pleasure of interviewing Artem Afian, crypto lawyer and managing partner of the law firm “Juscutum”. He shared his insights on current ICO regulations, its compliance with the SEC, new Ukrainian bill on cryptocurrency regulation and AILO – a new rocket lawyer for crypto.

According to Artem Afian, the recent statement made by Jay Clayton in regards to ICOs actually makes sense. According to the lawyer, if you promise investors that the price of the token will go higher, it will make it a security since you’re actually promising a return of investment for a token. Even though this would make for tougher regulations in the ICO market, Artem assures that there is still some field for utility tokens.

“Security Token Offering should replace ICO in the nearest future and it’s going to cause a new wave for this type of projects.”

When discussing the most favorable environments for the cryptocurrency market, Artem stated that the US is perhaps the country with the tougher regulations, besides China, but at the same time, it’s the country with the best conditions since attorneys already know how to work with the SEC. Other countries are promising favorable conditions such as Malta and Gibraltar, but they still need to develop further framework.

Artem Afian is also a member of a working group, which drafted a bill for cryptocurrency regulation and was recently submitted for consideration to the Ukrainian parliament. According to Artem, this bill will propose to implement a tax of 5% on any crypto to fiat transaction. Although a lot of parties seem very interested in the initiative, Artem commented that not everybody is on board, since the crypto community strongly believes they should not pay any taxes for such transactions.

At last, Artem shared with us the latest project he’s working on. AiLo is an artificial intelligence that absorbed knowledge of dozen crypto lawyers. Laws about blockchain and crypto are developing rapidly. AiLo seeks to link to official databases, parse sites and analyze information in real-time with the purpose of delivering the best online advice cheaper, faster and more efficiently.

As explained by Artem himself:

“AiLo is an artificial intelligence that will allow anybody who wants to launch their project, create a stock exchange, to do it fully automatically, paying of course with cryptocurrency and prices will be five or ten times less than in any other market.”

An Interview With GeliosTrade, The Trading Platform Of Tomorrow 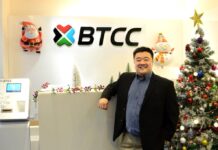