At the time of this writing, 0x has a price of $0.23 USD, which puts it up by approximately 4.17% from yesterday. 0x enters the day 5.12% above its 20 day moving average, and is experiencing its the 2nd day in a row up. In terms of an expected trading range, the Bollinger bands on 0x suggest price may bounce between $0.202903 and $0.234687 based on its momentum and volatility over the past 14 days. Price’s current proximity to the top of the range may make selling an attractive opportunity to traders interested in trading the range. 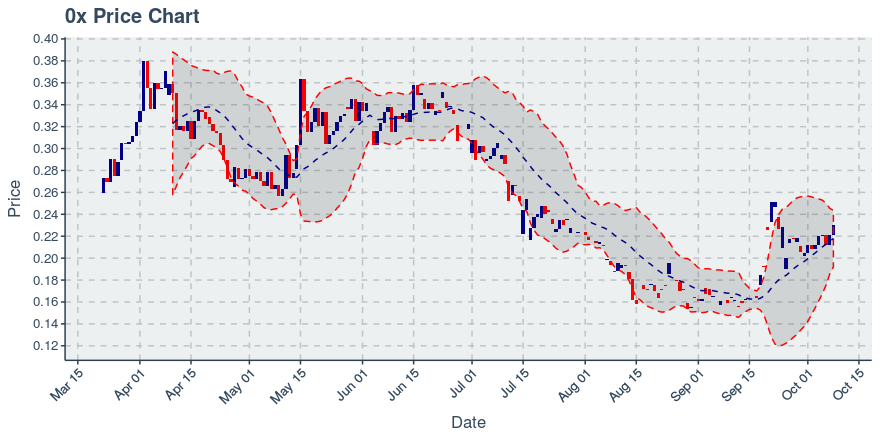 The market capitalization of 0x, or the amount of US dollars it would take to buy up all the circulating coins, is currently estimated to be $133 million.

Since yesterday, 0x saw anomalous behavior in holders added. It may be worth looking into the causes of this a bit more.

Yesterday saw 2,596 transfers amongst holders of 0x. As for the number of holders, yesterday saw the number of wallets holding 0x rise by 102. If we observe percentage growth in holders and transfers, we find that 0x ranks 15 out of the 32 Ethereum tokens we are tracking.

In the past day, 0x’s Reddit subscribers went up by 2, respectively. If you are interested in following 0x on social media, Twitter, where it has 151,142 following it, may be a good place to start. Here is the Twitter page for 0x.