0x’s current price, at the time of this writing, is $0.2473 USD, down by approximately 0.52% from the day prior. This marked the the 2nd consecutive day 0x has been down; it is still in a unclear trend, and is currently 5.05% below its 20 day moving average; staying above this level may be critical to sustain short-term momentum. Traders looking for a range to trade within may wish to note that the Bollinger bands (a price indicator based on recent momentum and volatility) for 0x imply the currency may oscillate between $0.238157 and $0.282733, based on how price has behaved in the two weeks prior. As we are closer to the bottom of that range, rangebound traders may wish to consider exploring buying opportunities. 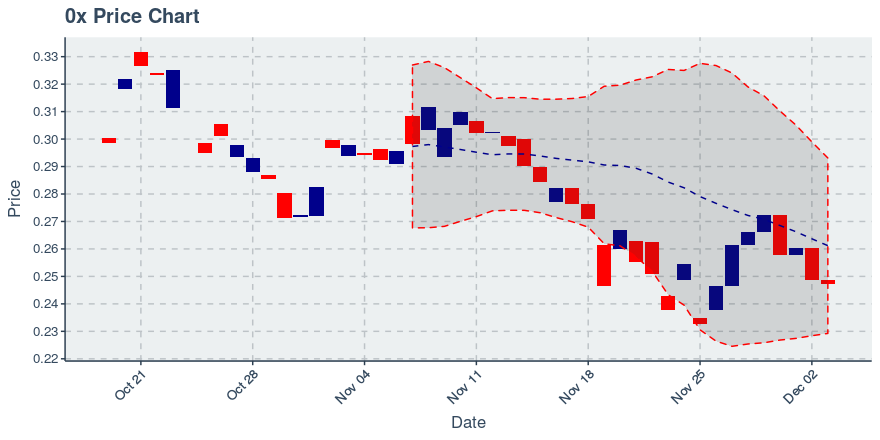 Yesterday saw 841 transfers amongst holders of 0x. In terms of estimating the number of holders, over the past day the total number of wallets holding 0x has gone up by approximately 105. If we observe percentage growth in holders and transfers, we find that 0x ranks 21 out of the 34 Ethereum tokens we are tracking.

Social media growth, in terms of Reddit subscribers, came in at up 8 over the past day for 0x. Twitter appears to be the most popular place to follow the company, and thus may be worth monitoring. Here is the Twitter page for 0x.