0x is down by approximately 5.06% from the previous day, with its price currently hovering around $0.1857 USD. The down day for 0x yesterday was a reversal from the day before it, which puts its price at 2.11% above its 20 day moving average. Over the past two weeks, price has been in a unclear trend. 0x’s expected trading range — as forecasted by the Bollinger bands indicator, which determines a range based on momentum and volatility over the past two weeks — is between $0.160361 and $0.203369. Price’s current proximity to the top of the range may make selling an attractive opportunity to traders interested in trading the range. 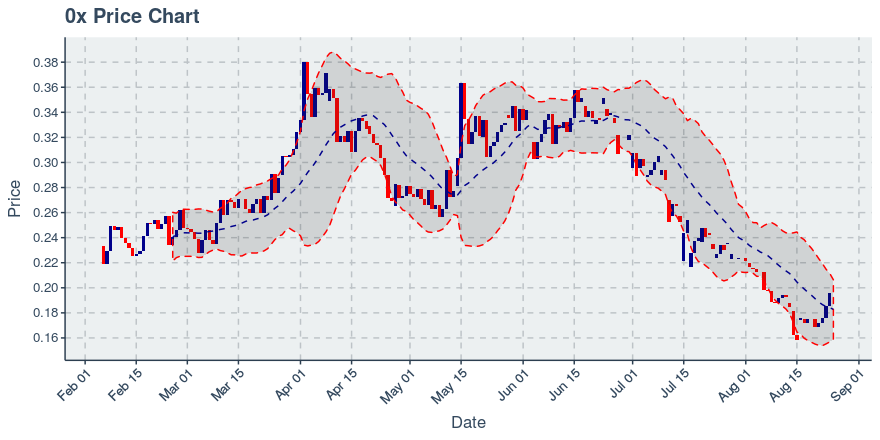 Yesterday we did not see any transfers amongst holders of 0x. As for the number of holders, yesterday saw the number of wallets holding 0x fall by 0. To provide context, we’d rank this token as 19 out of the 32 Ethereum tokens in our index based on percentage growth in engagement over the past 7 days.