A new cryptocurrency-based financial tool known as HEX is taking the industry by storm, but what is HEX, what does it do, and how do you get involved?

Dubbing itself the world’s first blockchain-based high-interest certificate of deposit (CD), Hex promises to do what financial institutions have been doing for centuries – only this time, on-chain, and on a much bigger scale.

HEX – an ERC-20 based token – was created by Richard Heart, a crypto aficionado, and early adopter of bitcoin. HEX has a lot of hype to live up to, vowing to increase value “faster than anything else in history” But how does it work?

HEX shares many parallels with the traditional CD. One of the significant differences being that instead of fiat, investors deposit HEX, receiving both their original investment along with any owed interest once the fixed term expires. Moreover, within traditional CDs, the interest paid often doesn’t keep pace with the increase in inflation via monetary easing. HEX, by contrast, aim to inflate and retain that value elevation actively.

For Heart, a financial tool such as a CD is one of the critical elements missing from the crypto ecosystem. While HODLing is a crucial part of the industry – practiced by many investors – there is no intrinsic benefit to it, besides the inherent risk and reward presented by volatility. The problem with extreme volatility is, it can go either way.

Instead, Hex grants an avenue for bitcoin holders to gain interest on their crypto while HODLing. Locking up the holder’s HEX for a fixed term encourages the appreciation of the token.

This works in a similar way in which bitcoin miners influence the market. Often when the market experiences a bearish turn, miners refuse to sell their BTC. In turn, this saps the market supply, reducing selling pressure, and thus increasing the price.

However, it’s much more typical for miners to capitulate against a falling market and sell rather than HODL – especially when the pressure to sell mounts. In the case of HEX – in which the supply is controlled – investors are motivated to keep their funds locked up (aka stake them). This reduces selling pressure and pushes the market value up. Instead of the inflation bonuses proceeding to miners, it’s handed back to the investors.

How does staking HEX work?

While the bitcoin miners analogy is useful for explanation, in reality, miners don’t have any participation within HEX. Replacing them are the stakers. When staking, investors promise to hold HEX for a specified amount of time. Doing so, credits interest on a percentage of HEX staked. This payback percentage depends on how many HEX holders are staking at any one time. If only 1% of holders stake, the return on investment (ROI) per year can exceed 369%. If 10% of holders stake, the average ROI for stakers will reduce to 36.9%, and so on. If a maximum of 99% of HEX holders stake, a minimum of 3.69% ROI will still be available to stakers.

The longer a stake is held, the more bonuses are received. For example, Hex rewards investors with a 20% bonus shares per extra year of stake commitment, payable on all stake commitments over one week.

The minimum time a holder can stake for stands at seven days, with the maximum hitting up to 50 years. While a stake has been made and is in progress, holders cannot increase, decrease, or otherwise modify the stake length or amount. A stake may be ended early via a protocol known as “Emergency End Stake.” However, the holder incurs a fee for ending the stake early – equivalent to the profit of half the weeks committed to.

When staking via the Hex.win website, interest payouts are allocated in HEX at the expiry date of the staking period. Once this period ends, holders can either re-stake or dump the tokens.

How to claim HEX

In order to claim HEX, investors must have held bitcoin in a privately owned wallet – such as electrum, or Coinomi – at the time of the snapshot on December 2. Investors can claim from multiple wallets at a rate of 10,000 HEX per BTC, with an added 20% bonus in the first week following the snapshot.

According to the Hex.win website, holders only have until 50 weeks after the initial snapshot to claim their HEX. Late claim penalties also apply. For every week HEX goes unclaimed, the HEX allocation will decrease by 2%. This is done in order to incentivize early holders. Nevertheless, those who missed out on the snapshot and claim period can still buy HEX coins to stake.

Intail claims made in the 353-day launch phase are autostaked. Autostaking locks in 90% of HEX tokens to ensure against premature dumping and to encourage the price discovery of HEX.

In essence, HEX is shaping up to become the primary financial tool of the crypto revolution. Based on the traditional institutions of old, Hex aspires to instill a positive feedback loop in order to foster adoption and value appreciation. 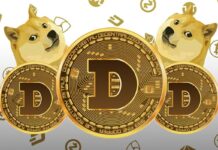 While Tesla Decides On Dogecoin, FNTX Users Can Buy Condos With DOGE 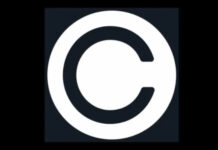 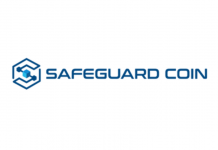 How Safeguard Coin Is Paving The Way For Crypto IRAs