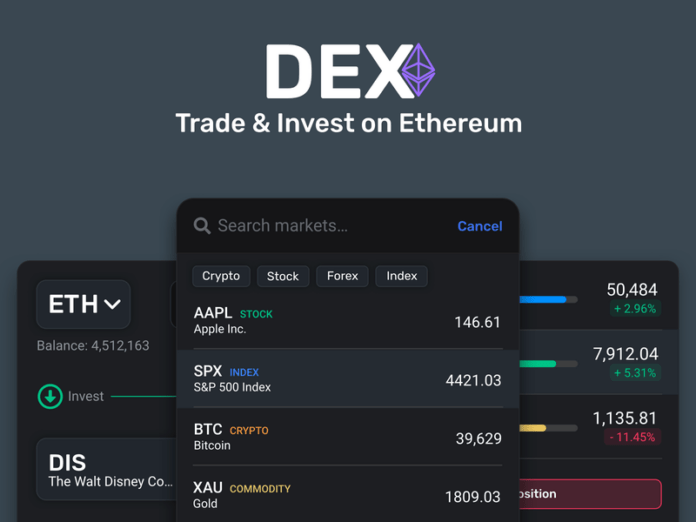 The DeFi project Morpher has launched its decentralized trading protocol, enabling users to trade over 700 financial instruments completely without any counterparty.

Key to Morpher’s DEX protocol is the project’s native MPH token. To open a trading position, users need to stake MPH as collateral, which is then “morphed” into virtual futures. Upon closing a virtual futures position, all trading gains and losses are materialized by either minting new MPH tokens or burning staked tokens. Using the Morpher protocol, traders will be able to open both long and short positions across all available markets with up to 10x leverage.

Compared to classical centralized or decentralized exchanges, the advantage of this method is that all trades are made against smart contracts. As a result, there is no single counterparty that bears the losses of one trader’s gains. In addition, since MPH holders act as a lender of last resort for all trading gains that are materialized, traders enjoy virtually unlimited liquidity.

Additionally, this is a further step towards trading non-crypto assets in a permissionless and decentralized way. Basically, any asset in the world can be traded using this method, as long as there is an oracle that provides a price feed for the asset to the smart contract. As such, Morpher already lists over 700 financial instruments, including cryptocurrencies, fiat currencies, stocks, options, and commodities.

Traditionally, trading is thought to be a zero-sum game: any gains made by one trader mean an equal loss to other traders (the counterparty) and vice versa. Morpher changes this dynamic as trading gains and losses are distributed to all holders of MPH tokens. This creates an interesting tokenomic model. When a trader closes a profitable position, this causes the smart contract to mint more MPH tokens, diluting the token supply.

In theory, this should distribute all gains made by the trader as a loss across all MPH holders. However, that only happens if the trader decides to sell his tokens. In practice, most traders choose to reinvest their gains at least partially. This means that a fair amount of minted MPH tokens will be staked once more to open trading positions, removing them from circulation again.

Free Markets Will Become Available for Anyone

The Morpher protocol has been in development since 2018. In August 2020, the Morpher team released a sidechain trading app, allowing users to make trades without gas fees. Since then, Morpher has gained over 40,000 active traders making thousands of trades every day. Morpher CEO Martin Froehler explains how the protocol will support financial inclusion:

“Billions of people in developing countries have been excluded from capital markets either by regulations, by brokers rejecting them as customers, or simply by steep initial capital requirements. Via Morpher, global capital markets will be available to anyone for the first time.”

VC investor Tim Draper, who was one of the earliest supporters of Morpher, commented: “Free markets are awesome, and liquidity creates wealth. Morpher is creating infinite wealth.”