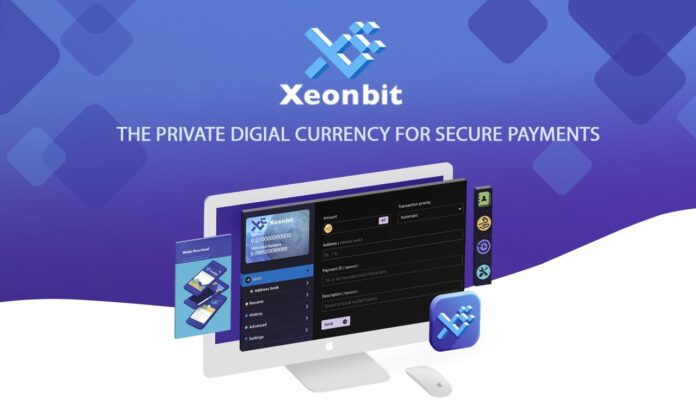 Bitcoin and cryptocurrencies have been transforming the way that money and payment transactions work. Nowadays money and payments can be fully distributed, transparent, instant and secure without the need of centralized authorities to control the financial policy and supply.

With the introduction of blockchain technology, banks have had to work on improving the speed of financial transactions of their platforms and at the same time lower the cost of such operations since Satoshi Nakamoto (Bitcoin) and Ripple (XRP) disruptive technology have been revolutionizing the financial market in the last few years.

Although Satoshi Nakamoto revolutionized the financial world with Bitcoin and blockchain technology, there are still several problems that Bitcoin and other cryptocurrencies are facing today:

Xeonbit: The Cryptocurrency For eCommerce.

Xeonbit is a private digital currency for secure payment network fully decentralized that aims to become the most effective for commercial payments for eCommerce and solve the problems that the blockchain industry are facing nowadays.

As for eCommerce, there is also great potential. Consumers who are using eCommerce platforms such as Alibaba, eBay, Amazon, Lazada and Q10 have risen from 1.32 billion users in 2014 to 1.79 billion in 2018. It is estimated that it will continue to grow up to at least 2.14 billion users by 2021.

Cryptocurrencies are only used in a small percentage of these transactions and Xeonbit aims to become the preferred cryptocurrency of these platforms, providing a secure payment platform. It will be like the Apple Pay of eCommerce but with the blockchain technology advantages.

Don’t get confused with XNB and XNS. They belong to Xeonbit Project but have different targets.

XNB is the Proof of Work mineable cryptocurrency that has been released in 2018. XNS is an issued Token based on Ethereum ERC20 and is for the Initial Exchange Offering (IEO) for the Xeonbit decentralized payment and trust solution system.

You can read more about XeonbitToken on their White Paper.