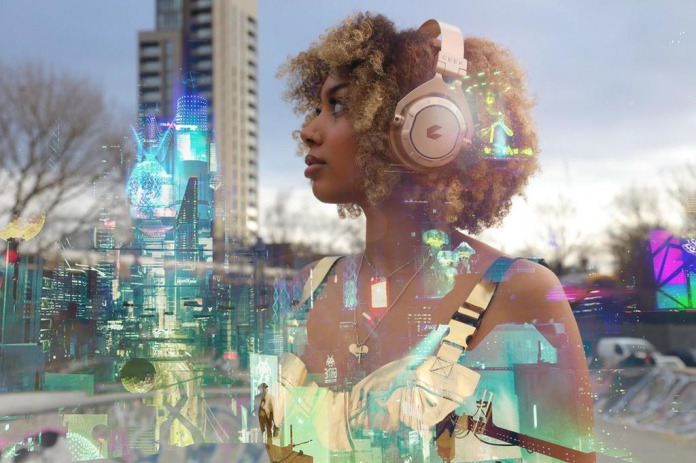 The music industry has been in a state of turmoil for some time now. Album sales are reaching an all-time low with a mere 32 million sold in 2018, Looking to interrupt this stranglehold is blockchain. The act of decentralization, tracking content with trusted immutable ledger—along with smart contracts for automatic payments—may be the key to freeing the music industry.

The music industry’s reputation for being controlled by major labels is no longer entirely accurate. In an age where 75% of industry revenue emanates from digital downloads, distributors such as Apple Music, Google Play, and Spotify now hold a vast amount of power. As a result, an artist selling their music via these mediums often lacks the insights traditionally associated with traditional music distributors. Moreover, the fees associated with online streaming platforms include middlemen meaning that artists themselves receive much less than the total proportion of the sale. In some cases, this stands at just 10% of the sale and can take up to 3 years to be paid.

It’s because of reasons like this that the music industry is now mostly defined by live performances. With the aforementioned drop in the sales of physically distributed music formats, major record labels have started plowing millions into merchandise and touring. As a result, the live music industry is booming, with a projected worth of 31 billion by 2022. However, this reinvigorated focus on live events has been at the expense of consumers who have to purchase tickets at high prices if they want to see their favorite artists perform.

Looking to level the playing field, Ceek VR reimagines the distribution of entertainment by bringing the show to the consumer.

Created in 2016 by Mary Spio — the former Head of Satellite Communications at Boeing Digital Cinema, Ceek VR has engineered a novel approach to live entertainment distribution, creating a virtual reality ecosystem that digitally connects fans to their favorite artists. The app places users in prime venue locations, providing VIP access for a fraction of the cost.

The Ceek VR platform already has partnerships with a wide range of music artists and labels forging collaborations with industry giants such as Universal Music and distributing VR experiences from as artists including U2, Elton John, Lady Gaga, and Katy Perry. These collaborations have opened up a variety of chances for fans to get up close and personal with their favorite artists.

Ceek VR overcomes the exorbitant costs associated with live performances by offering top concerts and experiences virtually for a fraction of the cost.

CEEK benefits fans and the music industry alike. While a few thousand seats can be sold for a reasonably high price at a limited venue capacity, Ceek VR opens the door for an endless supply of seats to a worldwide audience. This ensures that artists and labels can maximize their profits while keeping concert prices to a minimum.

CEEK VR has partnered up with Microsoft to offer artists a new way to track their royalties and automatically get paid via smart contracts. Through the development of a distributed ledger blockchain built on Microsoft’s Azure Blockchain, content creators will be able to tokenize physical or digital assets. The tokenization of smart tickets for content creators will enable easy tracking of content viewership on the blockchain. This mechanism ensures royalty payouts to artists are based on trustworthy data, easily verifiable on an unaltered ledger. Furthermore, content creators will also be able to tokenize merchandise and track sales in real-time through the usage of blockchain technology. Artists would finally be able to be fairly and quickly compensated for their work, increasing their revenue by offering live performances to fans around the world.