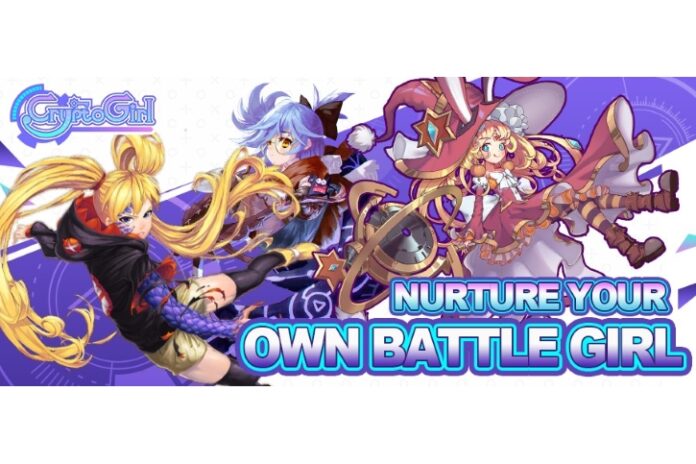 Cryptogirl, an extensible strategy card game built on the Ethereum Network, is the first blockchain-based game to offer both PvE and PvP experiences within the same gaming environment – and is the first such game to enable committed players to ‘monetize’ their skills.

The game is set in the far future, in a post-apocalyptic world where human civilization has been wiped out by the catastrophic impact of a comet belt. As more meteorites enter the earth’s atmosphere, they unleash a special force which the cryptogirls, the main characters of the game, aim to collect.

And just as the cryptogirls collect this special force, players can amass a trove of in-game items, from rare and unique characters to an in-game currency called debris. They can even challenge other game players to one-on-one battles, with the winner taking the loser’s assets as bounty, or simply hold their assets and wait for the value to appreciate.

The game encourages players to gather an in-game asset known as ‘debris’, which is used to unlock various in-game features. Players can obtain debris by breaking-up their Cryptogirl characters, essentially for spare parts, by purchasing from other users or simply directly purchasing debris at a fixed price of Ether from the game (1 ETH = 1000 Debris).

As players amass debris they can unlock in-game loot boxes known as incubators, which contain items that can be used to upgrade the player’s characters or items. As the players progress through the game and power-up their characters, the characters themselves become more valuable – and can, in turn, be traded with other players.

The game’s developers have designed the Cryptogirl characters to be highly collectible. Each character is based on an ERC721 token and features a unique avatar developed by leading Japanese animators including Jiro Tomioka, Fujiko Koko, and Ray Ah. Some of the avatars are, by design, very rare so as to increase their value as collectibles.

The game features two play modes. The first, a PvP mode, enables skilled players to battle each other to grow their in-game assets, a format that rewards gamers who commit to powering-up their characters and building their in-game strengths. The second mode is a PvE environment where users are encouraged to develop their own custom MODs and plug-ins that they can then share or sell to other users, and benefit from a share of the profits. This feature that allows players of the game to become game designers themselves, and participate in the development and evolution of the game is a unique differentiator for Cryptogirl, compared to other games in the market, and one that Cryptogirl’s developers believe enhances the gaming experience and increases user stickiness.

While Cryptogirl’s offering is certainly new and unusual, initial demand suggests that gamers are intrigued by the opportunity to participate in developing and growing their own gaming universe – and to benefit from their efforts.

On the first day of pre-sales of the N-card which can generate regular cryptogirls, 30 cards were sold in just thirteen minutes. In the auction session, some cryptogirls were sold 12 times more than their starting price. The in-game debris proved even more popular with the entire pre-launch stock of 10,000 pieces, each priced at 0.0005ETH, sold in just two hours after the launch.

Shen Zhanyu, the CEO of Cryptogirl, says the team has a pipeline of new features lined up to increase user engagement.

“In the coming months, users will see new cryptogirls coming on-line, as well as many more in-game items and plug-ins that will create an even more engaging in-game experience – and give players more opportunity to profit from their play.”