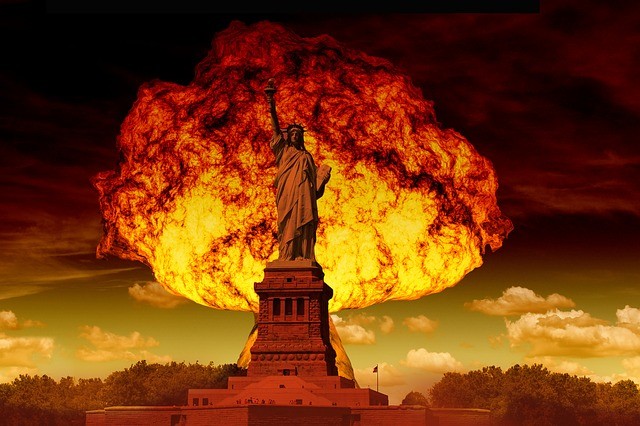 The decision by the SEC to push back the final judgement on the VanEck ETF sent immediate tremors through the crypto market when the news broke on the evening of August 7th.

Just over forty-eight hours later the global cryptocurrency market cap is nearly 15% worse off, and many prominent altcoins have plunged back to 2017 valuations. The slight recovery felt in the last day or so is an encouraging sign, but one that could prove to be all too fleeting.

The SEC’s decision to push back the ETF decision to September 30th could merely be a stay of execution for the crypto market – afterall, the market has been in side-step with the ETF news for the last month.

Impact of the ETF Decision on BTC

The surge we experienced in mid-July appears to have been a response by traders who thought prices had reached a low enough level to be worth a punt on the ETF decision. What followed was a short bull run that sent BTC as high as $8,383.

As you can see from the chart below, a small handful of those traders cashed out when the news of the Winklevoss ETF rejection broke on July 26th.

The price held on for while afterwards, but began to drift. When news of the VanEck ETF delay came through enough investors lost faith to cash out to the tune of a collective 14.5%. The crash could be seen as a confirmation of the SEC’s concerns about cryptocurrency’s liquidity, valuation, and potential manipulation.

The SEC posted this article on the night of the arbitration explaining the decision to postpone the final judgement. It appears the open letter penned by VanEck to the SEC in late July was not enough allay their fears. VanEck had responded to the SEC’s concerns mentioned above, stating:

“We believe these concerns have appropriate answers. Moreover, by offering investors exposure to bitcoin through a regulated investment product, we believe the proposed ETF will be consistent with the Securities and Exchange Commission’s mission to protect investors, maintain fair, orderly, and efficient markets, and facilitate capital formation.”

The decision’s impact wasn’t necessarily evenly distributed. Instead, it seems the altcoins have taken the lion’s share of the damage, with several prominent top-ten coins returning to lows not seen since 2017.

Any number in that range represents a loss of nearly one quarter of IOTA’s value within less than two days, and sends the 10th ranked coin back to prices last witnessed in November of 2017.

The number two ranked coin wasn’t hit as bad as the smaller altcoins, but still suffered losses which returned it to November 2017 prices. A price drop of 13% was felt as ETH fell from a value of $410 to $354 immediately after the SEC announcement. A rebound was attempted, taking ETH back up to the $360 range at the time of writing.

The price of $354 also takes Ethereum back to November 2017, meaning the boost from December-January’s spike has now been completely wiped off the table.

Other coins that reverted to 2017 levels were Bitcoin Cash, XRP, TRON and Cardano. However, it should be noted that prices in November and December of 2017 were much higher than those from earlier in the year – so prices could still have some way to fall.

Given how closely the crypto market has been tied to the fate of the SEC’s ETF decision, don’t be surprised if we see more seismic movements come the end of the month. If there is enough sentiment left in the market following the plunge of the last couple of days, then we could end up seeing a short bull run in the lead up to September 30th.

Alternatively, investors may await the ETF decision before deciding if the market is worth their attention again. If the decision comes back ‘no’, then to which 2017 price will each of these altcoins fall?