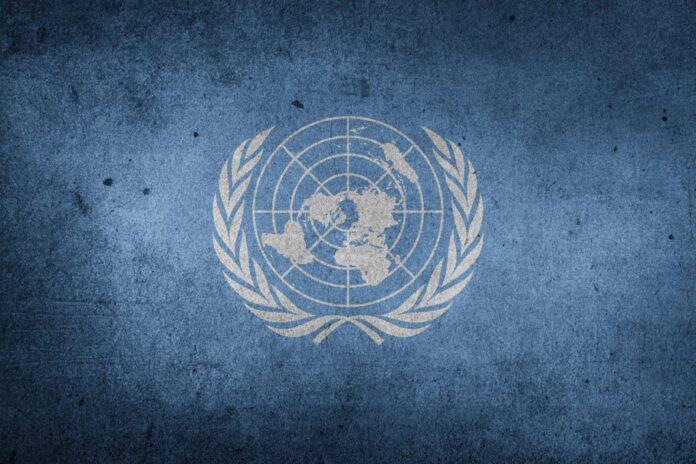 The United Nations has joined forces with the World Identity Network (WIN) to launch a pilot test using the blockchain technology to combat child trafficking.

Announced during the Humanitarian Blockchain Summit in New York, it is part of a broader effort titled ‘Blockchain for Humanity,’ and is considered a world first. Branches within the UN taking part include the United Nations Office for Project Services (UNOPS) and the United Nations Office of Information and Communications Technology (UN-OICT), according to a press release.

UN statistics show that nearly half of the world’s children under five years of age don’t have a birth certificate. World estimates for children under the age of 14 is in excess of 600 million children, with the majority of them residing in the world’s poorest countries. It is these children who remain ‘invisible’ to agencies and governments that are at risk of falling into the hands of human traffickers, says Dr. Mariana Dahan, co-founder and CEO of WIN.

“Several developing countries are actively looking at more efficient ways to prevent child trafficking”, she adds. “Identification is always at the heart of the solution.”

By using fake documents, human traffickers can easily transport undocumented children and minors across borders. It is during this stage that children and minors are often sold to sex brothels, slavery rings and the illegal human organ trade with no way of tracing where they are.

“Child trafficking is one of the greatest human rights abuses.”

However, with the aid of the blockchain it’s hoped that it will solve the issue of undocumented children and minors, thus enabling the ability to track and trace human traffickers, and cracking down on the illegal trade. Glemarec added that using the distributed ledger has the opportunity to offer ‘potentially powerful solutions’ that will ‘save the lives of millions of children.’

Ukraine, which also has a serious problem relating to the trafficking of human beings, has expressed an interest in piloting a project using the blockchain technology.

In a bid to adopt the pilot, the UN and WIN are seeking the collaboration with private sector companies, civil society, NGOs, academia, and other stakeholders who are keen to contribute to the cause of ending child trafficking. Through a Global Challenge initiative, the partners will be looking for the best ideas and expertise in using the distributed ledger for humanitarian purposes.

The use of the blockchain technology is being greatly realised within different UN agencies through various use cases.

In March, the UN’s World Food Programme (WFP) was reported as using the Ethereum blockchain as a way of distributing cash assistance to the nations who needed it the most.

At the time, in a press release, Farman Ali, from the WFP Karachi provincial office, in Pakistan, said that the blockchain had the potential to ‘revolutionize the way WFP delivers assistance to vulnerable families across the globe.’

Since the first phase of the project in Pakistan, the WFP is now running a full-scale pilot in the Azraq refugee camp in Jordan. At present, 10,000 Syrian refugees have redeemed their cash transfers on the blockchain-based system.

The United Nation’s Children’s Fund (UNICEF), the UN program tasked with providing assistance to children around the globe, has also been looking toward the blockchain as the solution to end child poverty issues.

Last November, it was reported that the agency had invested in a South African blockchain startup, which is using the technology to develop identity tools for early childhood education. The South African startup in question is 9Needs, which was one of five organisations to receive a share of UNICEF’s $9 million Innovation Fund.

These are just a few of the ways that UN agencies are employing the blockchain in various use cases with effective results. By doing so, they are working at implementing a solution that is designed to bring greater transparency and immutability to current services that the UN provides.