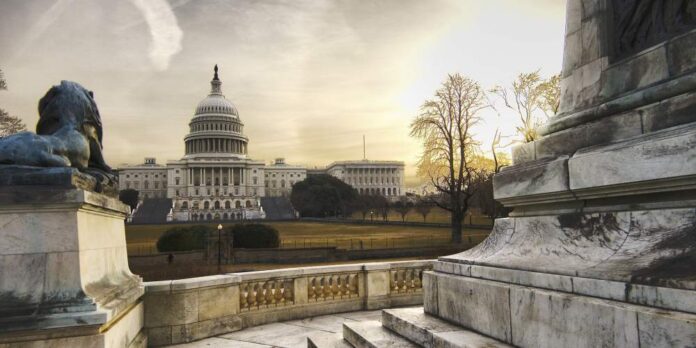 The US Committee on Energy and Commerce recently reviewed and approved two blockchain-related bills that will create a deeper analysis of this technology in government. The bills are now due to appear before the House of Representatives.

Two New Bills to Appear Before the House of Representatives

The US has been resisting against crypto and blockchain industries for years now, while many other countries around the globe chose to embrace them. Meanwhile, the US regulators postponed bringing rules and laws regarding this technology, maybe in hopes that the trend will pass after a while.

2020, however, finally brought a major change in this way of thinking, as the US started treating the emerging technologies seriously, and the new development proves it.

According to Darren Soto, the Democratic Representative of Florida’s 9th District, the Committee had passed the bills after almost two years of pushing it through Congress. The bill that lasted this long is known as Digital Taxonomy Act, but alongside it, the Committee also passed the American COMPETE Act.

The announcement came during an online debate that took place yesterday, September 9th. The debate was moderated by Perianne Boring, of the Chamber of Digital Commerce.

What Are the Bills About?

From what is known, the Digital Taxonomy Act is a document that would instruct the US Department of Commerce to conduct a study regarding the state of blockchain technology. The study would then be submitted to different committees in the House of Representatives, as well as the Senate itself.

The study would be conducted in consultation with the FTC, which would also have to report on recommendations about deceptive and unfaired practices involving digital coins and tokens.

The American COMPETE Act, on the other hand, would also impact the Department of Commerce, and require it to review the study and report to the Congress directly. The study would revolve around emerging technologies, including AI, quantum computing, blockchain, and more.

While it is far from actually regulating crypto and blockchain, this is a small step that will lead further down the road of bringing actual regulations. It all starts with the studies, and requests to start conducting them are finally being taken seriously.