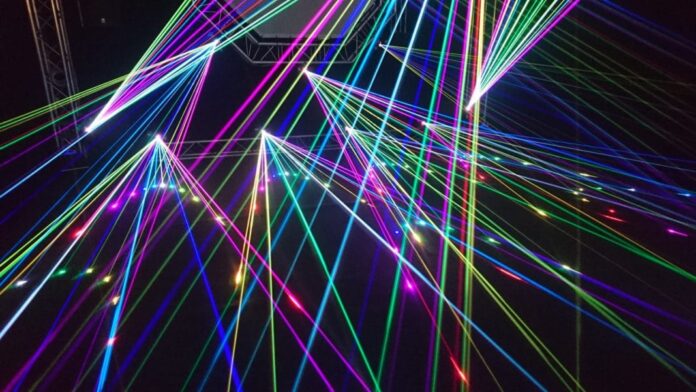 By Tiana Laurence, Investor, Founder & Author of Blockchain For Dummies. Guest post by Tiana, whose book we recently reviewed.

As a practical matter, the blockchain has the potential to change many things. Originally introduced as the backbone for Bitcoin, the blockchain as a platform offers many elements of security and public trust applicable to a wide range of industries. Essentially it is an immutable publicly verified ledger. The blockchain works in any environment requiring permanent records and has already established itself as a pioneer for new types of digital currency, but perhaps what’s even more exciting is the way that it is being explored for record keeping in government, medical, IT, insurance, and other sectors.

Many of these innovations involve the transmission of vital and valuable records such as identification, medical records, driver history, and money. Thus, it may be surprising to learn that the blockchain’s newest horizon has nothing to do with data logistics. Instead, the concept of Initial Coin Offering (ICO) disrupts the venture capital industries by bringing a new type of investor into the fray: everyday people.

Bitcoin represented a revolution in the conveyance of value because it allowed people to collaborate and share resources globally without the friction of the traditional banking system. By removing such a significant layer of traditional resistance, Bitcoin’s value was quickly recognized and risen over the last few years despite conflict and setbacks.

ICOs are poised to do something similar to investing. In the traditional realm, investing and fundraising for startups means appealing to venture capitalists. VCs hold the key to financing development and scaling — though it’s a gamble for everyone involved and plenty of bad decisions are made along the way. Of course, if the money goes into one bad idea, that means that other ideas get passed over. VCs are the proverbial belles of the ball, with startup founders desperately seeking their attention.

ICOs can change that. Crowdsourcing has become a popular term over recent years, and the world has seen many startups get through the development phase by securing crowdsourced funding through Kickstarter or Indiegogo. However, those methods are less about investing and more about early sales or access. Most ICOs work similarly, as they give you the first chance to purchase tokens on a platform before it is popularized or even created sometimes. Many ICO investors hope to buy the next Bitcoin or Ether token before they are traded at $4000 or $400 respectively.

Companies that have failed to attract traditional funding or do not have business models that traditional VCs find attractive have sprung on the ICO craze as the new fast and cheap way to raise a significant amount of capital without the grueling and arduous task of traditional fundraising. They also like that they have not sold off any equity, most tokens do not grant their owner ownership in the foundation or company that has issued them – essentially giving the creators of the protocol free capital to develop their idea without the burden of investors.

This can be a rough deal for ICO investors if the project fails or no value is generated in the token’s creation. China and many others have cracked down on ICOs and put out warnings to the public about the pump and dump schemes happening in the ICO space. They are right to do so, the world of ICOs is still somewhat new, and thus the industry is finding its place among traditional investment securities. Following the Great Depression of the 1920s, numerous laws were put into place to protect individuals from risky investments and fraudulent endeavors. As of fall 2017, many ICOs are still unlicensed securities. Because of that, the SEC released a statement warning investors of the potential pitfalls involved with ICOs — including whether or not the digital currency is registered with the SEC (if so, the company can be researched via EDGAR).

The other significant risk of ICOs stems from the lack of documentation surrounding disclosures and purchases. The physical world is still bogged down by paperwork — physical papers that require signatures and are used to record and track significant financial transactions. Paper is much less efficient than the digital realm, but there’s an inherent safety with that inefficiency: it moves slow enough that fraud is much easier to catch than in the digital transactions. Transactions that process solely in the digital space are susceptible to loss, backdating, changing, and theft, mostly because things move so swiftly that it’s hard to take a step back and verify all items.

That all points to the next stage of ICO integration into the mainstream. It’s clear that there’s value in ICOs for both individual investors and companies seeking funds. To truly bring this to an accepted mainstream level similar to the venture capital process used for decades, rules and regulations will need to be put in place. The blockchain inherently provides the foundation for such a thing, but in order for the process to truly leap forward, major players in the industry will need to establish standards and practices to create order from chaos. Only then will ICOs move from an emerging technology to a true revolution in investing for the average person.

Tiana Laurence is an author, investor, and startup founder. She is the author of Blockchain for Dummies, a #1 Bestseller on Amazon, and has a column on TechTarget where she writes about blockchain and IoT. Tiana helped create Factom Inc., a software company that builds innovative technology within the blockchain space. Her passion is growing great companies, and she loves helping young aspiring entrepreneurs learn about business and technology. She has a BA in Business and Leadership from Portland State University.