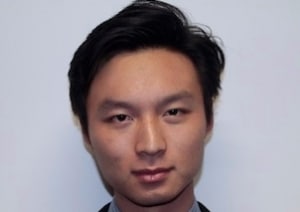 Republic Protocol is an anticipated decentralized ‘dark pool’ for cryptocurrency trading. They raised 35,000 ETH in a public crowdsale and are backed by an all-star lineup of cryptocurrency investors, including: Polychain Capital, FBG Capital, Signum Capital, Huobi Capital, and more. The outpouring of institutional support perhaps signifies the need for a large order marketplace in cryptocurrency to combat volatility.

Dark pools are both legal and common in the traditional financial world. While the term sounds ominous and the type of place your mother might warn you against visiting, they perform a service in trading circles. A dark pool is a private exchange where ﬁnancial assets and instruments are traded and matched by an engine running on a hidden order book. Approximately 14% of all US stock trades occur in dark pools where the trader and their trades are hidden. The purpose is to allow large trades take place without altering the price of the stock traded in the marketplace.

There are a number of dark pools available in the cryptocurrency world, notably on Kraken and Bitfinex. However, both these services are centralized and exhibit similar challenges to fiat dark pools: although the trades are hidden, there is a central controlling body who owns the pool who might, if they so wanted, be able to manipulate the outcomes.

Zhang, despite his relative youth, has already created waves in the financial world. He stumbled across cryptocurrency while still a teenager when Bitcoin was less liquid. He spotted an opportunity to arbitrage across the different exchanges and set up a fund to trade called the Virgil Fund. He has stepped away from the day-to-day running of the fund he established, but it now has $24 million under its control and is growing fast.

Zhang appreciated the anomalies in crypto trading where OTC desks cover offer prices in Bitcoin ranging in difference from 2% and 12% especially when large deals were involved.

“I began to see an opportunity to create a decentralized dark pool that was not owned by anyone and was therefore truly anonymous.” says Zhang.

“We are proposing a system where orders were broken into fragments and encrypted. There may be ten different fragments of one trade but again each fragment was not an equal division of the whole and neither could the whole trade be discovered if anyone held one or a number of fragments.

“These fragments were then distributed across the pool – floating and hidden.” he explains. “Miners in the pool have to run computations on two hidden orders and if they match, then the trade is done. If not, they have to run other fragments through the same process.”

Once a match is made, the trade is executed through an atomic swap over the Republic Swarm Network, a decentralized peer-to-peer network. Using standard asymmetric encryption primitives, the details of the atomic swap are kept secure.

David Drake, CEO of LDJ Captial also welcomes the project: “I am eager to see the success of Republic and their implementation of trustless blocktrades. The crypto wall street goes borderless with Republic’s promise.”

Right now, Zhang is delighted to have been successful in their token sale but he was confident. “We have a test network and can tell you that we have already matched our first order – so it proves our technology is working and the faith of our investors is proven.” says Zhang.

The company plans to first build the Republic Terminal, a DApp (Decentralized Application) for interacting and trading BTC, ETH and ERC20 with the underlying Republic Protocol. Republic Terminal, along with all the other components of Republic are open-source. The roadmap allows for a public network to be rolled out in Q3.