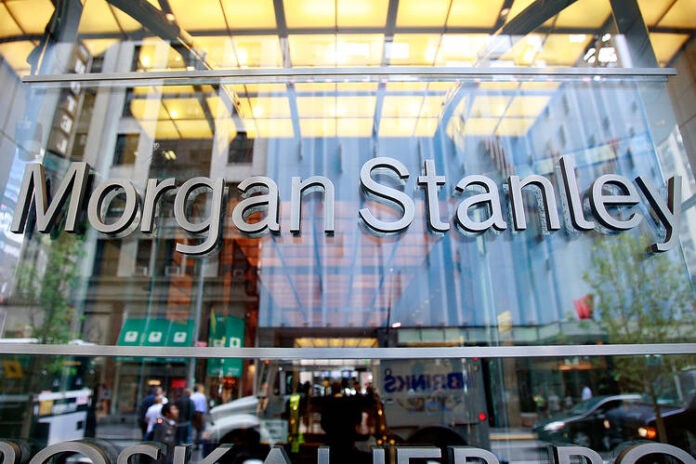 As we’ve seen before, many financial institutions in the US have shown great interest in cryptocurrencies and especially Bitcoin. In this occasion, Morgan Stanley, one of the biggest US-based banks, moved a step forward into offering Bitcoin trading options to its clients.

According to reports by Bloomberg, the bank is testing the waters before making a major move. The financial institution mainly plans on offering Bitcoin to its clients but with the exception of clients not actually owning the cryptocurrency. For those interested in investing in Bitcoin, investors could go long or short on the cryptocurrency through a process called a price return swap for which the bank would charge a fee for every transaction initiated.

The bank is already technically prepared to offer the Bitcoin swap trading and plans on launching once the demand by its clients it’s proven and the entire process is approved. The reports further stated that Morgan Stanley does not plan on trading Bitcoin directly and its swaps were going to be tied to Bitcoin futures contracts. This comes as part of the bank’s plans to build a trading desk to support various derivatives tied to digital assets.

The story comes just a few days after Goldman Sachs called “fake news” the reports that surfaced of them abandoning all plans for Bitcoin. Let’s not forget that Morgan Stanley is not the only bank which has shown great interest in the cryptocurrency; others such as Citigroup have also been open about the possibility of integrating within their system some sort of Bitcoin services among the lines of non-custodial trading.

Even though Bitcoin has suffered huge losses throughout 2018, it seems like it could have finally found its bottom, hanging around the $6400; which could be the reason behind major banks showing interest for the cryptocurrency at this time. If followed through, this service could open the door for new investors to join the cryptocurrency market. Most financial institutions are probably awaiting the upcoming Bitcoin ETF decision by the Securities and Exchange Commission (SEC) to be held on September 30th (if not delayed) to actually make a big move in the market.