Cryptocurrency is a payment method, Bitcoin is a huge investment, blockchain is a revolutionary technology. Regardless of the angle from which you view this new phenomenon, there is a global issue that needs to be addressed, and that’s crypto mining power consumption. Blockchain is a ledger that verifies, validates and records transactions. The public and permissionless ones have no single central entity and rely on mining using consensus protocols like Proof of Work (PoW) or Proof of Stake (PoS) algorithm.

According to Digiconomist, electricity consumed per transaction is 1,029KWh. Every year, mining is estimated to use 42 TWh of electricity which could power about 6,585,585 houses. In a better context, the amount of energy crypto miners use per year could power a small country. Obviously, Bitcoin mining energy consumption is huge and alarming. But then, one wonders, why should this be, considering Bitcoin and other cryptos are digital? 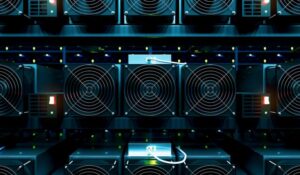 Having identified the global energy issue related to Bitcoin mining, it’s time to point out the threats it poses. In a literal sense, Bitcoin is power hungry. And everyone knows that energy issues ultimately affect the climate. One question that fearfully comes to mind is, “with the rate of this consumption, is the sustainability of blockchain assured?” With every government focused on reducing carbon footprint, if this keeps on going it could mean unnecessarily harsh regulations for the crypto industry.

First of all, is this even a problem we MUST solve? After all, electricity is required to produce our toast, make elevators move and, of course, let you read this.

Evidently, Ethereum has tried inputting major changes in the system by implementing another consensus protocol known as the Proof of Stake. PoS is an algorithm where mining is determined by the wealth of the miner on the network. A miner is meant to have a substantial amount of coin on the network before he can create a new block. Enforcing the employment of PoS and other available Consensus Mechanisms can influence some meaningful reduction in power consumption.

Several startups are currently researching and inventing ideas to develop alternative sources of power and recycle mining energy. Examples are Nasty Mining that employs solar and wind energy; Swiss Alps Mining, who are developing special hydropower plants and reusing mining energy. This is where eco-friendly energy sources are considered.

As mainstream adoption of Bitcoin and other cryptos accelerates, increased energy consumption is a given. The above-recommended solutions are worth considering by the community.