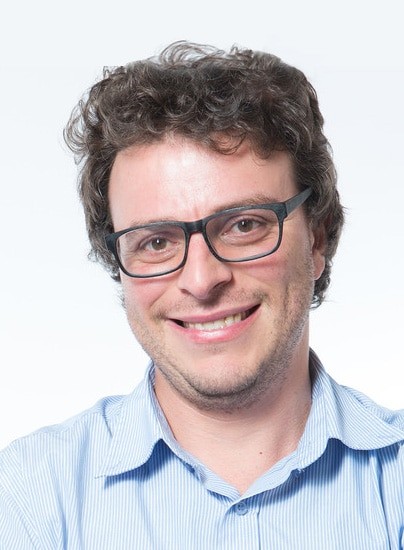 Every so often a blockchain project comes along that knocks your socks off, and Kleros may be just the that one. Steeped in intellectual concepts, Kleros delivers a decentralized organization that promises fast, affordable, and transparent justice for all. Given that we live in a time where justice is perceived as the preserve of the rich, this platform may very well change the world.

Let’s start with the name and philosophical origins. Kleros derives from classical Greek. Jury duty was much sought after in Ancient Greece and, moreover, paid. Citizens wishing to be picked for jury duty would submit tokens, called pinakions, into an allotment machine called a kleroterion. A justice officer would use a dice on the side of the machine eliminating random names with the remaining people selected.

Fast forward to more recent history and consider the work of American economist Thomas Schelling: he set up an experiment where he asked students to rendezvous in New York without giving either party a time or place. The most popular choice selected was the information booth in Grand Central Station at noon. This introduced the concept of the Focal Point, often called the Schelling point, where people can reach accommodation without communication in a case of ‘each person’s expectation of what the other expects him to expect to be expected to do.’

The plot thickens. Contemporary economist Paul Sztorc created the Truthcoin, called the most important invention since Bitcoin by Roger Ver. In this invention he posited that, if polled, people would normally tell the truth, especially if they were incentivized. In the Truthcoin platform, people would deposit coins, then vote on an issue or question. If they were found to be lying, they forfeited their coin.

Why these concepts are important for Kleros is that they underpin the thinking under the justice protocol. CEO Dr. Federico Ast from Argentina is a graduate from the Singularity University in Silicon Valley. Essentially a think tank for exceptional thinkers, Singularity University selects the brightest minds from across the world, just under a hundred in total, and then subjects them to the ultimate deep-dive immersion in exponential technologies and inspirational world leaders, then asks them how they can change the world.

For Dr. Ast, already involved in blockchain and working on a doctorate in management, this was the catalyst for him to create his justice protocol. “I did not want to reform the legal system in Argentina,” he says, “I wanted to look at radically different solutions.”

Kleros is a dispute resolution layer built on Ethereum. There will be many sectors where it will add value but one good example is small claims or disputes in website development.

Consider this example: a company decides to build a website and outsources the work. Given the digital nature of the work it can choose to award the contract to any individual or business in the world. Outsourcing has many benefits, especially in speed and value, but distance may prove a problem if the work hits a bump.

Using Kleros, both company and developer agree the contract, a smart contract, with a defined set of outcomes. At the completion of the project, the smart contract will execute. However, what happens if the work is shoddy or if the company is slow in paying? This is where Kleros comes in.

A digital jury of specialists

A panel of experts and individuals from different sectors are accessible through the site. If a dispute is lodged in a website salvo then those ‘jurors’ registered in that area may be picked at random to be the digital jury and are entered into the kleroterion of Kleros. Jurors are picked anonymously and without prejudice. They review the evidence and then cast their vote.

The Kleros principal works on the basis that the jury, formed of an odd number in case of stalemate, will analyze the evidence, and with the right incentives will reach the right decision.

The future for justice protocol

In cases where the voting ratio reaches equilibrium, there is more work to do. “We are still are our early stages.” says Dr. Ast. “Outside a 75 -25% split it is harder to deploy an outcome but we have very gifted mathematicians working on that.”

In terms of what is the right amount to pay a juror on a given case, Dr. Ast believes that the market will determine that figure. “It is a bit like the awards in terms of car accidents; typically these tend to be similar amounts across countries.”

Kleros is so far self-funded. They are looking at a token sale early this year but cannot be committed to a date so far.

“We have a lot to do and can do.” says Dr. Ast. “There are so many sectors where the Kleros platform can provide transparency and fairness to people in dispute. No longer is it who can afford the most expensive barrister: with Kleros it will be who is in the right. Simple justice.”