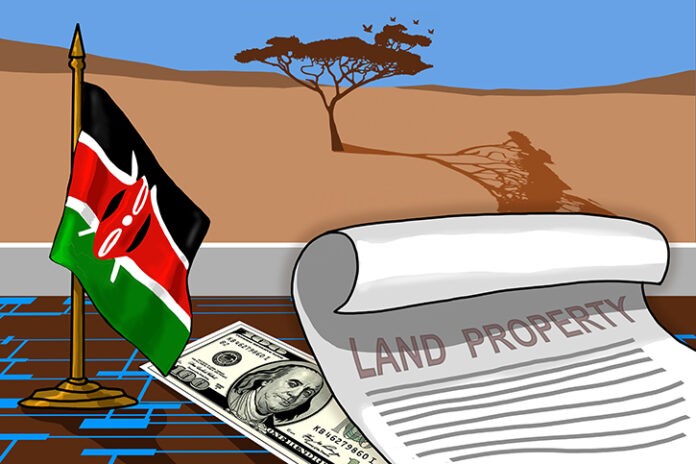 Land ownership in many countries is a baffling trade, with corruption and difficulties in proving ownership of land being endemic in some countries. Kenyan authorities are taking a novel approach to land validation.

Kenya is considered to be the hub for technology on the African continent. Corruption has been the subject of the day when it comes to land ownership. The entire process of owning land is rocked with corruption and something has to be done to put things back on track.

In many developing states, and especially in Africa where the property is a vital store of wealth, there have been reported cases of double ownership. Bribery is not an uncommon way to get document credentials changed.

The Cabinet Minister of Information, Joseph Mucheru, has undertaken the assembly of a team of experts that will be responsible for scrutinizing how Artificial Intelligence and blockchain technology can help to end this problem. Mr. Mucheru was adamant that a blockchain platform will not only bring transparency but also efficiency and security.

Speaking to the BBC, the team leader Mr. Bitange Ndemo said that Kenya missed the internet wave after it became absorbed with mobile technology. He stated that blockchain was the next move and that Kenya should be a part of it.

Kenya isn’t the only country engulfed in land ownership rows as most African colonial countries have this particular problem. This is so because most land titles were established during the colonial period and post-independence, so it was unclear who owns the land, especially in cases where the land was communal. A Nairobi-based real estate firm, the Land Layby Group, headed by Peter Tole, is working with a similar aim to that of the government team but with a commercial end in mind.

Toles’ firm started a private blockchain-based land registry with the aim of helping clients to buy property securely. His ambition is to take this initiative to other countries facing the same problems such as Tanzania, Ghani, Ethiopia. In an interview with Reuters, Tole said: “I see most African states enhancing blockchain technology in resolving land registries.”

Land title disputes are not only found in Kenya or African nations, it’s a problem all over the world. Nearly 70% of the world population doesn’t have access to genuine land titles, according to the World Bank. Take the example of Sweden, one of the most advanced and wealthiest nations. They have a highly digitized record platform, having enhanced their system in 2017 using blockchain.

Swedens’ land registry Lantmateriet has already completed a two-phase test to migrate the land records onto a special blockchain platform which is likely to commence working in 2019. After that, other government bodies will also follow suit. Georgia has also begun testing the platform.