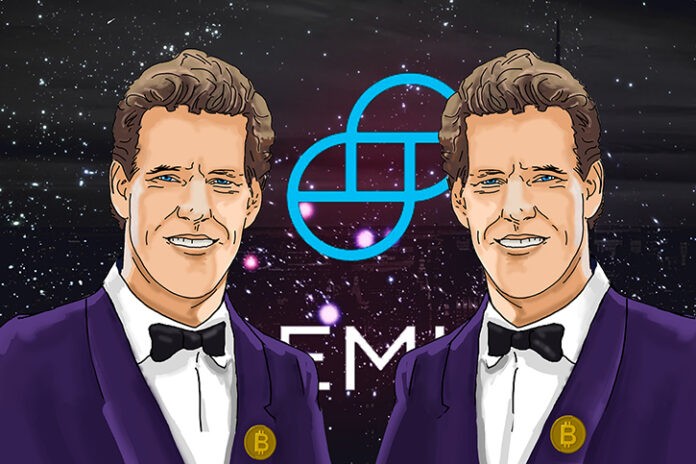 The now fully-established crypto-hype makes yet another step towards its infiltration of Wall Street thanks to the decisive Winklevoss twins. Brothers Cameron and Tyler just acquired a patent for a crypto Exchange Traded Product.

There has been a shift in the attitude of large investment companies toward cryptocurrencies, as more of them are changing their minds and adopting, or at least considering to adopt, cryptos as part of their businesses. The newest development has seen the famous Winklevoss twins secure an ETP (Exchange Traded Product) patent.

Tyler and Cameron Winklevoss’ investment in Bitcoin back in 2013 made them well-known in the crypto world. Ever since then, the twins became supporters of crypto trading and only two years after their initial investment, they launched a crypto exchange firm called Gemini.

The new patent that the brothers have secured allows their company to establish exchange-traded products. This is a form of security which has its price based on various investment instruments. These can usually include several aspects, including stocks, commodities, and in this particular case, cryptos.

Justia’s report indicates the patent’s outline, that it includes methods, systems, and program products that can be used with ETPs that have various digital assets, which includes cryptos like Bitcoin, Litecoin, Ether, Namecoin, Dogecoin, as well as Ripple.

A little over a year ago, the Winklevoss twins applied for an ETF (Exchange Traded Fund) which would have been Bitcoin-derived. Unfortunately, the SEC decided to reject it, due to a lot of uncertainty in the regulations involving digital assets, not to mention the general mistrust and skepticism that was closely tied to cryptos in general.

In order to justify their decision, the SEC said that the twins lacked two things: an agreement on sharing surveillance that needed to be established with the markets, and the necessity that the said markets are properly regulated.

Even now, the SEC has yet to approve any ETF with ties to the crypto market. However, cryptos continue to dig their way into investment firms, which means that Wall Street’s strategy is going to have to change.

As for the Winklevoss twins, they have continued success when it comes to securing various patents. They have five this year already, and the latest one concerns the improvement of Gemini’s crypto-trading security.