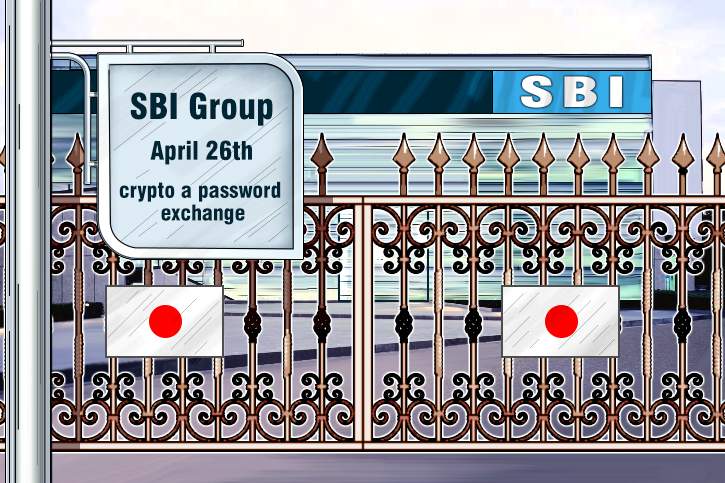 The SBI Group from Japan made an announcement on April 26th to schedule the launch of their own crypto exchange. The exchange, SBI Virtual Currencies is planned to open its doors this summer.

Japan goes where others can’t

A recent report by the Business Insider Japan stated that the president of SBI Holdings, Yoshitaka Kitao, confirmed that the group will launch its own crypto exchange. If all goes according to the company’s plan, this will become Japan’s very first digital currency exchange that is owned by the bank.

Japan has become a beacon for the crypto world in Southeast Asia and it has a dynamic financial sector. The rumors of the exchange’s creation were confirmed on April 26th when Yoshitaka, the company’s president, called for a press conference to confirm that the exchange will go live sometime between June and September.

The exchange will work with Bitcoin, Ethereum, Bitcoin Cash and Ripple from the outset and will confirm other cryptos closer to the time. Yoshikata believes that SBI might even position itself as the best exchange in the Japanese ecosystem. He stated that the exchange’s goal is to become number one as soon as possible, and to keep that position.

This is something that SBI wanted to achieve since October of 2016. In November of that year, they established a Tokyo-based SBI Virtual Currencies Co. Ltd. The project’s seed capital was at $2.85 million.

The project is finally underway

Back in 2016, when the SBI first announced its plans to launch an exchange, they fulfilled all of the necessary requirements for registration with the FSA. There were delays, partially due to business issues, and in part because of the large requirements that are needed to properly run an exchange.

It is believed that 2018 will change this and that the project will finally be on its way to completion, but there was another delay in February of this year, this time due to the future exchange’s security, as the SBI did not believe that it’s as good as they would want it to be. This was particularly of concern following the Coincheck hack. This incident alarmed the SBI who have since concentrated their efforts on improving the security and protection of investors’ assets.

Another incident from this period involved the collapse of the Mt. Gox exchange, following which the SBI bought a 40% shareholding in CoolBitX, a crypto hardware maker from Taiwan. This was in March 2018.

So far the SBI has participated as much as possible in the crypto world. It previously invested in the current largest exchange in Japan, bitFlyer. Their initial funding managed to raise around $27 million and they co-launched a payment system with Ripple called SBI Ripple Asia, a project which saw a blockchain offering to help ease cross-border transactions.