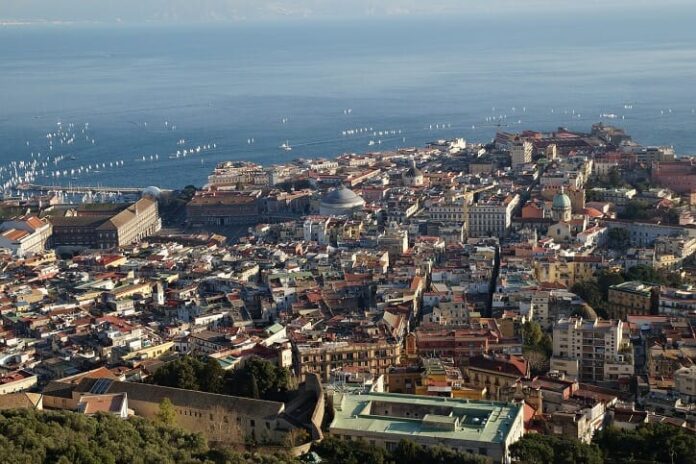 The Mayor of the Italian city of Naples announced plans this week to launch a cryptocurrency tied to the economy of the city. A focus group has been set up to explore blockchain technology, and the project has received over 300 volunteers so far.

When cryptocurrency was invented it was supposed to lead to a financial revolution. It was meant to democratize the economic system and wrestle power back from the hands of the elite and into the hands of the people.

However, with news of the financial elite now taking an interest in cryptocurrency, and worrying statistics like the uneven distribution of coin holders among many prominent cryptos, it can start to seem like crypto has lost its way.

Cometh the hour, cometh the crypto

But sometimes we need the right situation in order for our talents to make themselves known. This applies to technology too, and the situation arising in Naples might be the perfect example of this.

Mayor Luigi de Magistris finds his city in the same dire financial situation as the rest of his country, and he sees cryptocurrency as a way to ease the current pressure, which is coming from multiple directions. He told journalists earlier in the week:

“Thinking about an economy based on blockchain, based on participation by the people, could be a valid solution for the regulatory and historical constraints of traditional finance. Combining traditional economy with a new economy based on cryptocurrencies could lead to a huge economic potential for over 3.5 million residents of the metropolitan city of Naples.”

One of the Mayor’s associates, Felice Balsamo, explained that while Naples often receives donations from people in the form of land, property and fiat currency, there is currently no way for the city to receive cryptocurrency donations.

While not explicitly stated by the Mayor or his associates, one can’t help but think this situation has arisen at least in part due to the financial restrictions being placed on Italy by the eurozone.

The move to integrate cryptocurrency into the city’s economy is a subtle slap in the face of the EU, who must now be concerned that other cities or nations may follow suit.

One city that has already made inroads into cryptocurrency is Barcelona and, more specifically, the entire Catalonian region of Spain.

In October, 90% of Catalonian voters signaled their intention to break apart from Spain.

However, the Spanish government did not recognize the vote, and violence has been sporadically breaking out on the streets of Barcelona ever since.

Lluisa Marsal, lead innovator at the Catalan Institute of Energy of the government of Catalonia, recently announced plans to launch a cryptocurrency tied to Catalonia’s energy supplies.

Under the proposals, citizens would be able to use the token to buy energy directly from the grid, while circumventing EU rules which state excess energy cannot be sold back to the grid.

Marsal stressed that the move had nothing to do with the independence bid, but was merely a way to make the region’s energy industry more effective.