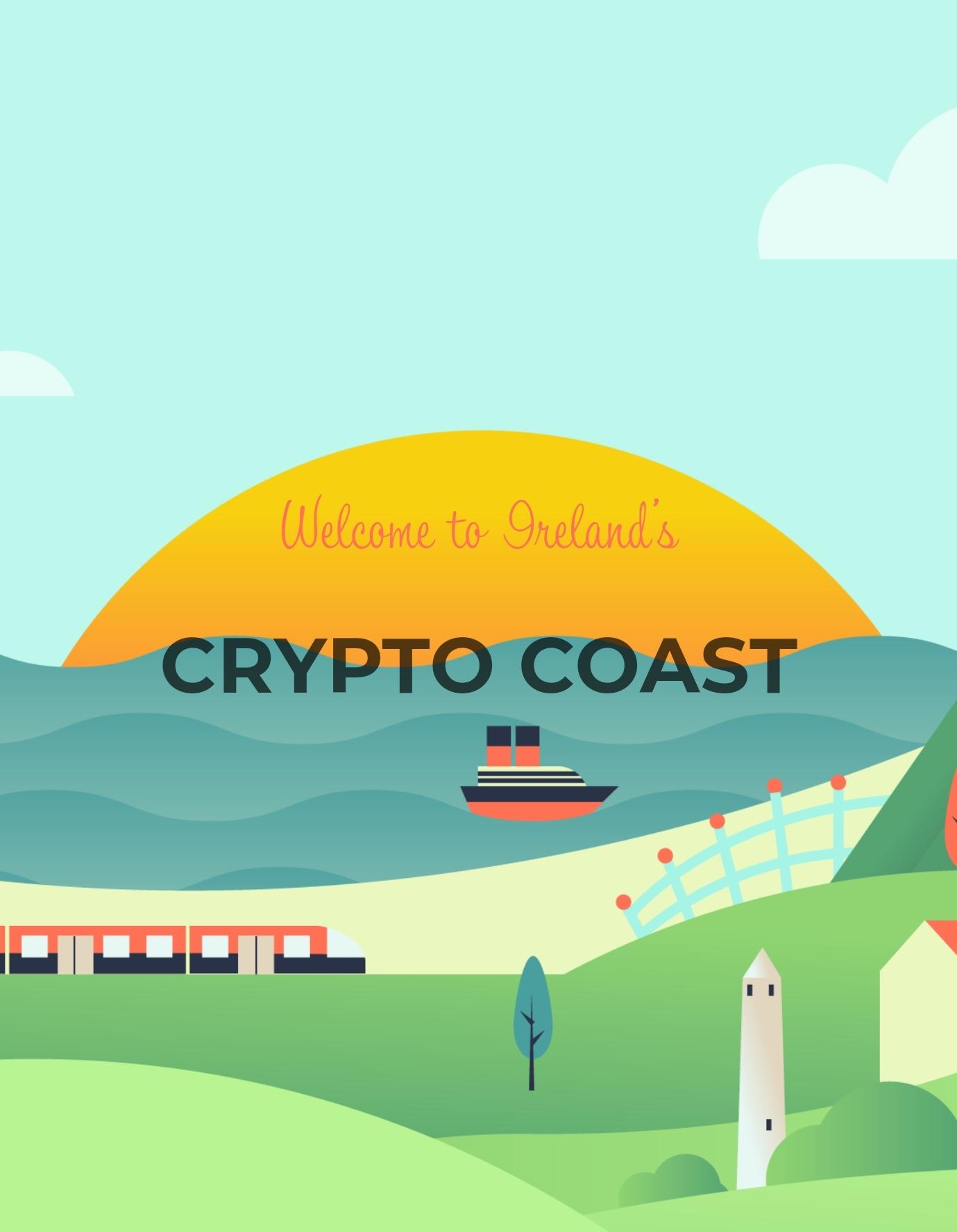 Reuben Godfrey, co-founder of the Blockchain Association of Ireland, used a talk at the Monaco Growth Forum in London last night to launch a major new crypto initiative in Ireland. His new project, Crypto Coast Ireland, is a play to attract blockchain commerce and development not just to Dublin, but down the East Coast of Ireland.

His message was that companies and crypto-centric entities can available of the same attractions offered in Dublin – but stretch further outside the high-cost city centre.

‘Ireland is a known destination for software development,’ Godfrey said. ‘Last year again we claimed the place of the second largest exporter of computer and IT services in the world. We are known as the heart of ICT in Europe. It is no mistake that nine out of the top ten ICT companies in the world are located in Ireland.’

The attraction of Ireland to ICT companies remains the same; highly skilled work force, English as a native language, proximity to both US and the rest of Europe, and attractive corporate rates. The predominance of global technology companies, including Google, Facebook and Twitter, means the workforce is technology ready and already upskilled. In addition, the deep recession that affected Ireland, as indeed the rest of the world, did not impact on its burgeoning IT industry

Godfrey maintains that on Ireland’s Crypto Coast Blockchain is booming. ‘The rate of innovation and investment in this fast moving new technology is phenomenal with many comparing the upsurge in interest with early 1990s dot.com fever,’ he says.

Godfrey’s vision is to take this growth and move down Ireland’s East Coast – it’s new Crypto Coast. ‘With existing infrastructure and modern work practices there is no need for start-ups in this area to compete for space in an already congested Dublin city-centre. Indeed, many start-ups focus more on work life balance and community,’ argues Godfrey.

Blockchain start-ups have been attracted to Ireland to set-up their businesses. ‘The Crypto Coast  project aims to attract high potential blockchain start-ups to the coastal towns along the coast of Wicklow/Wexford in Ireland’s South East and foster a global crypto community,’ he says.

Godfrey is already in talks with various government and industry bodies to support this inspiring initiative. In addition, he is also gathering a team of top influencers to help carry through his vision.