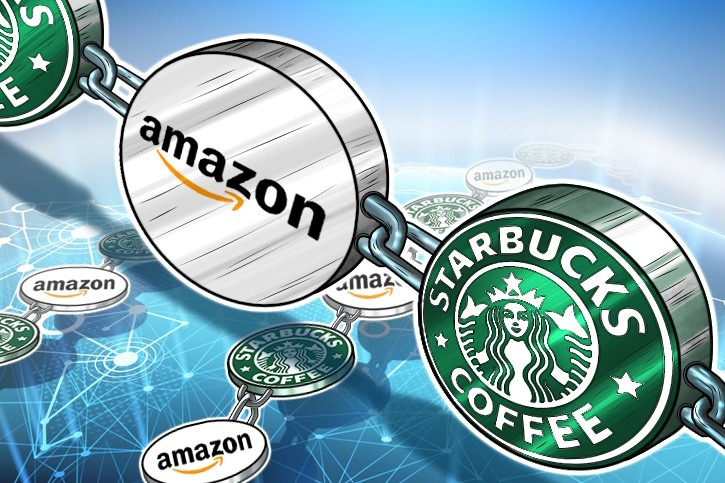 Two major big-league companies, Amazon and Starbucks, have hinted that they will be incorporating cryptocoin and blockchain into their corporate operations.

Starbucks Chairman, Howard Schultz, when interviewed by Maria Bartiromo of Fox Business, said that most possibly his company will use blockchain to power its integrated app. The coffee giant has been in the forefront in making innovations in the food industry.

In an opinion poll of 1000 Amazon clients by LendEDU, 51.7% said they will probably purchase products using Amazon own cryptocoin if it is made available. Furthermore, 26.4% of respondents were not sure if they will use it and the remaining 21.9% are not willing to use it.

Key industry players are closely monitoring these two giants in the retail and food industry to see their next move. Many have their own opinions about how their future actions would move the industry.

Sir Dr. Jeffrey Lin,  of GCOX, says: ‘This development is keenly anticipated and we’re very excited to see big-league companies embracing this technology. This prospective move by Amazon and Starbucks will be good for the cryptocurrency market as it will help accelerate mainstream adoption as the public will be further exposed to cryptocurrencies in general and how it can be personally handled. As with the adoption of the internet in the early 90s, the understanding of cryptocurrencies will be key to mass adoption.”

According to Dr. John Mathews, Bitnation Chief Finance Officer, the interest in cryptocurrencies is spreading into many new markets as the benefits of token economics become clear.

‘The participation of global brands such as Amazon or Starbucks will drive consumer interest in nascent technologies such as Bitnation’s innovative app offering jurisdiction as a service, available on the Google Play store now.’ he notes.

In addition, Mathews says, ‘Instead of an app for each function – buying coffee or books – Bitnation’s app serves as a versatile platform for organizations and communities to compete for users by offering legal services, including an environment for creating and fulfilling business contracts.’

On his part, Roman Guelfi-Gibbs, CEO and Lead Systems Designer at Pinnacle Brilliance, acknowledges that the move by the two corporates is a significant step towards cryptocurrency adoption.

Guelfi-Gibbs notes: ‘It’s easy to see how Amazon could draw in a huge number of customers when they begin using their digital currency. Such an occurrence may be good for the greater cryptocurrency sector because it equates to taking a big step toward mass adoption.’

Guelfi-Gibbs further notes that increased adoption will prove the effectiveness of blockchain technologies.

‘Starbucks is hinting at incorporating blockchain technology into their payment strategies. In both instances, by introducing the public to digital currency and blockchain for their daily purchases, Amazon and Starbucks would prove how effective these technologies are. This could certainly bring about the mass adoption that the cryptocurrency community has striven for.” he adds.