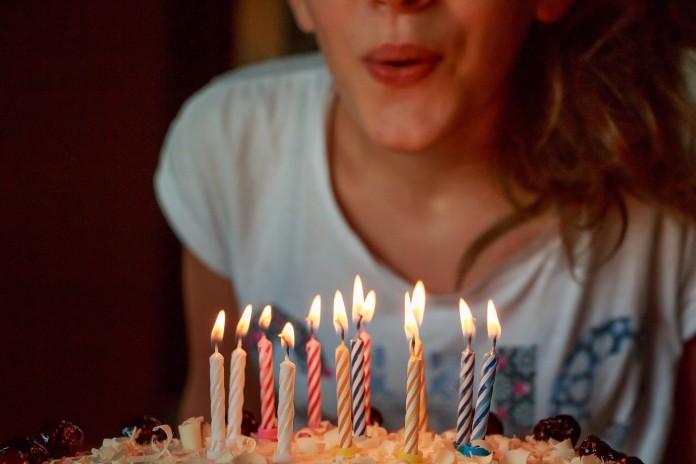 Bitcoin has turned 10 years old. The dream of a programmer known as Satoshi Nakamoto has gone through different stages through the years, changing our lives as we know it. The technology has opened the way for new developments that were born from Bitcoin code, creating today’s crypto sphere. In this article we wanted to light up the changes Bitcoin has experienced through its 10 years, and how the media has addressed it, showing the different stages of development and more importantly, how it has managed to evolve through the years.

Bitcoins gain their value simply by the fact people are prepared to accept them as payment for services and goods. This sounds weak but this is not entirely dissimilar in nature to the major Fiat currencies such as the Dollar, Euro and Sterling. The only reason we’re prepared to accept our wage in dollars is the fact that we know that shops and service providers across the United States (and other countries) are prepared to let us spend it.

A year later, Jerry Brito wrote an article that started to show the importance of Bitcoin as an actual currency. The lack of trust in central banks and the issues related to cash were noted, and Bitcoin was seen as a solution to it all, a digital asset with no central authority.

Bitcoin is potentially revolutionary for several reasons. For one thing, artificial currency inflation is impossible. In most countries, a central bank controls the money supply, and sometimes (such as during the recent economic crisis) it may decide to inject more money into an economy. A central bank does this essentially by printing more money. More cash in the system, however, means that the cash you already hold will be worthless. By contrast, because Bitcoin has no central authority, no one can decide to increase the money supply. The rate of new bitcoins introduced to the system is based on a public algorithm and therefore perfectly predictable.

Then came 2012, Bitcoin gained more popularity and kept on increasing its value. Joe Matonis wrote an article naming Bitcoin “System D of currencies”, a currency that’s off the grid far away from central economies.

Enter bitcoin. All kind of vibrant economic activity is occurring in this informal economy, which in some regions is between 20-60% of GDP or more, and every economy needs a currency. Essentially, bitcoin is the ‘System D’ of currencies — global, decentralized, and non-state sanctioned. It is still early days but as bitcoin bypasses traditional banking and financial institutions, it is a currency off the grid just as System D. To deny the existence of System D is to deny the fact that economic participants find ways to survive even during prolonged times of hardship.

2013 had people wondering if Bitcoin was something you could deposit your trust in. Even though it had experienced many crashes and pikes, the sight of Bitcoin as a universal currency was resonating everywhere, but the closure of Silk Road and the Dark Web investigations led to authorities to start branding Bitcoin as the money of criminals. Adrianne Jeffries wrote about it saying:

Bitcoin has seen several massive price hikes before which were all followed by crashes to varying degrees, but this is the most extreme yet. The valuation comes as several major events have boosted confidence in Bitcoin’s viability as a universal currency. Those include the closure of Silk Road, the illegal drug bazaar that initially gave the currency a bad name; the currency’s first Congressional hearing; and its rising popularity in China.

2014 came along and regulations started to kick in. Governments had looked the other way and gave no importance to Bitcoin for its first few years, although the previous year was bad for publicity. According to Jacob Davidson, regulations were in need to stop criminals from using Bitcoins altogether.

Regulation represents a turning point in Bitcoin’s history. The currency is perhaps best known for not being subject to government oversight and has been championed (and vilified) for its freedom from official scrutiny. Bitcoin transactions are anonymous, providing a new level of privacy to online commerce. Unfortunately, this feature has also proven attractive to criminals. Detractors frequently cite the currency’s widely publicized use as a means to sell drugs, launder money, and allegedly fund murder-for-hire.

2015 began and so did Bitcoin rally. People started noticing its value and people started to put its money into it. Everett Rosenfield named Bitcoin one of the winners of 2015.

2016 killed CPU Bitcoin mining. Due to the difficulty of blocks, the drop in prices for every block discovered and the electrical consumption, CPU mining was no longer worth it, opening the way for ASICS. Robert Hackett described this as the halving season.

The halving event has proven—and will continue to prove—consequential for the mining set. The Bitcoin backers who supply the CPU time and electricity that fuel the Bitcoin network do so to recoup a reward. Although the markets have been pricing in the impact of the long-awaited trim over the past few weeks, some miners face an uncertain fate: their prize just dropped to 12.5 Bitcoins per processed block, down from 25. With less potential revenue on the table, fewer miners may survive.

Then it came 2017. The most successful year for Bitcoin price so far. People were over the moon about it, the price, the technology, all of it. Frenetics bought in and brought the price up to almost $20,000, Bitcoin Futures were created, banks started to care, companies started to care and even governments started to care as well. Robert Hackett & Jen Wieczner wrote about it, and how the pump in prices aligned with other major events such as Brexit and Trump’s election.

The appeal of this tech is stoked by geopolitical unease. Since its inception in 2009, Bitcoin has fed off the festering distrust in institutions sown by the financial crisis. And as populist sentiment has spread in the West, so has the allure of a decentralized currency outside the grasp of governments and banks. Bitcoin’s price jumped after the U.K.’s Brexit vote in 2016—and again when Donald Trump won the White House. Combine such surges with ransomware attacks demanding payment in Bitcoin and buyers from countries like Venezuela seeking refuge from hyperinflation, and Bitcoin’s significance has penetrated the public consciousness like never before.

2018 came along. Bitcoin crashed and went down by almost 80%. People began saying it was not worth it. Although, it looks like it has found its bottom. The downside? The massive energy consumption it drags with it, as pointed out by Chris Mooney & Steven Mufson.

Bitcoin, the cryptocurrency that has taken world markets by storm, may already be driving greenhouse gas emissions equivalent to those of a midsize country, and a study released Monday said it could catapult the planet to dangerous levels of warming if it continues its rapid growth.

Today, the person who created it all, Satoshi Nakamoto, has completely disappeared from the internet, nobody knows his or her whereabouts. Since 2010, this online personality has not published any more articles, which has had people believing the person passed away. Klint Finley wrote about it.

The rise of Bitcoin happened largely without Nakamoto, who disappeared from the internet in late 2010, leaving the Bitcoin software in the hands of some early collaborators.

So what do you think will happen in the next 10 years? Will the press start reporting about it in a different manner? Only time will tell, but one thing is certain; Bitcoin is here to stay.