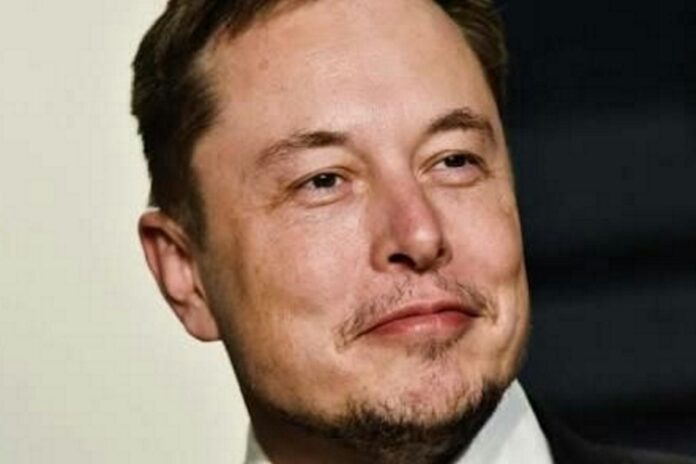 Based on Elon Musk’s own words via Twitter, it is evident that he is either a fan of Ethereum or would be investing in Ethereum pretty soon.

On 28th August 2018, the entire Ethereum community and the whole crypto world where excited as Elon Musk showed his interest towards Ethereum. Elon Musk is the founder and CEO of SpaceX, Tesla, and SolarCity.

To understand what lead to the tweet, it is essential that you get a background. Elon Musk has previously been a victim of a fake Twitter account which impersonated him, promising to give away free ETH and BTC. Elon Musk has not been the only one as notable figures such as U.S President Donald Trump, Binance creator Changpeng Zhao, and even Vitalik Buterin have also fallen victims.

So it all started when Techmeme tweeted about Twitter’s removal of 486 accounts accused of participating in malicious schemes. “Twitter says it removed a further 486 accounts from engaging in “coordinated manipulation” following the removal of 284 last week.” 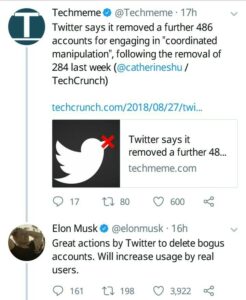 Elon Musk was fully aware of his impersonated account that had promised ETH to users. He responded to a joke from a twitter user who inquired about him giving out ETH with the response where he swore that the promised ETH is coming. The joke quickly spread like wildfire as the trend was flocked by Twitter users mostly crypto enthusiasts to join in the conversation. One particular tweet from @McMurche once again caught Musk attention.

“Any chance you can tell us anything about BFR… I am willing to pay 200ETH at this point.”

Elon Musk then retweeted: “At this point, I want ETH even if it is a scam.” 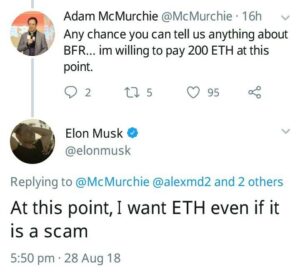 Elon Musk’s tweet had previously helped improve the value of shares at Tesla when he promised to purchase the entire company for $82 billion. That’s evidence that his tweets can be good publicity, precisely what Ethereum needs especially now that its price has fallen from $1,400 to about $300.