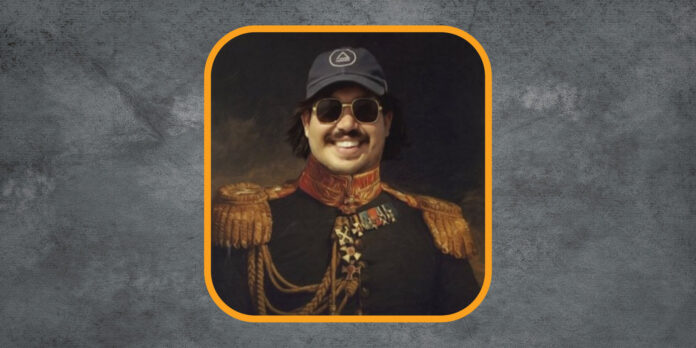 For his planned takeover of Sushi DAO, Daniele Sesta has donned a portrait of himself in the pose of a military general on Twitter. 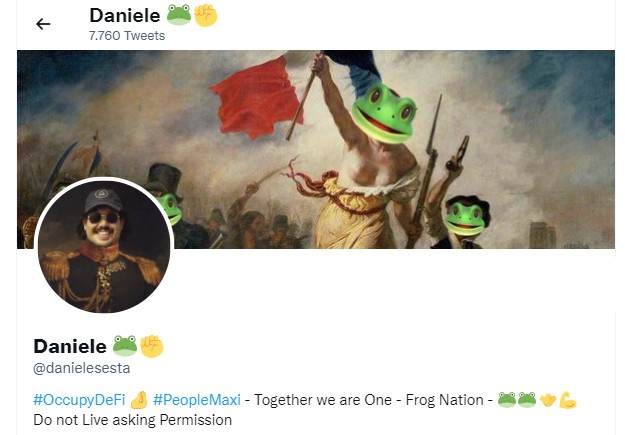 The general of DeFi

Sesta added that Sushi’s decentralized governance would provide oversight, with the possibility to vote him out of office after a six months term. The same applies to budget restrictions, which could be voted on by governance.

Who is in control of Sushi’s governance?

One of the questions Sesta faced was whether he himself participated in the signal vote that would select a plan to move ahead with Sushi DAO after yet another leadership crisis has emerged within the decentralized exchange. Sesta denied voting with his own SUSHI holdings.

Nevertheless, one of the two largest addresses to participate in the signal vote was 0xa66f8Db3B8F1e4c79e52ac89Fec052811F4dbd19, which never held any tokens related to Sushi before becoming a Sushi whale on December 15, 2021. Incidentally, Sesta had announced his cooperation with SushiSwap just two days earlier.

Together, these two addresses could have single-handedly decided on the outcome of the majority of snapshot votes held by SushiSwap, including the structural proposals signal vote in question.

Omakase to be replaced as Head of Operations

Another issue that was brought up by the community was the number of multisig stewards, which would have been reduced to three under the original proposal. Sesta agreed that the number of signatures required to issue a multisig-payment should be increased.

Sesta was also asked about the future of the controversial core dev Omakase. He stated to have complete trust in Omakase, who wishes to be placed into a developer role though. Sesta proposed @GeorgiyXo as a possible replacement.

Georgiy states in his Twitter-Bio to be affiliated with Abracadabra.Money, a lending platform to issue a stablecoin called Magic Internet Money (MIM), founded by Daniele Sesta.

Sesta is no stranger to DeFi. Besides Abracadabra, he also has the reserve currency protocol Wonderland.Money, and the yield farming platform Popsicle.Finance under his wings.

At the current time, Sesta is working on Frog Nation DAO, which will apparently act as some sort of umbrella organization for his whole ecosystem. It can be expected that Sesta will try to converge Frog Nation with the Sushi DAO ecosystem, possibly even merging in some places.

With his mission to #OccupyDeFi, it now remains to be seen whether Daniele Sesta turns out to be a benevolent-dictator-general, who leads the Sushi ecosystem to glorious victories, or DeFi’s evil clone of Napoleon Bonaparte. Whatever happens, exciting times are ahead.

What! Foreign cohorts⁰Would make the law in our homes!⁰What! These mercenary phalanxes⁰Would strike down our proud warriors! ⁰Great God! By chained hands⁰Our brows would yield under the yoke!⁰Vile despots would themselves become⁰The masters of our destinies!