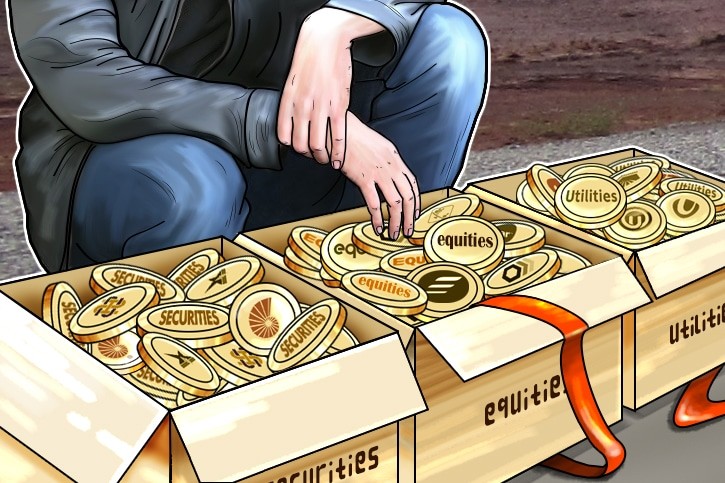 After Ethereum successfully launched the first ICO in 2014, there has been a global rise in ICO launches since then. What endeared people to the Ethereum blockchain was its unique feature of offering easy tokenization on its platform. Most blockchain startup companies utilize tokenization as a means of generating funds to run their blockchain and crypto projects. Popularity of the ICO, token-issuing business model, in comparison with the IPO, stock-issuing business model, can be traced to the global reach and ease of launching an ICO.
While there has been an increase in the participation of investors, founders, whales and what have you, many do not know the different cryptocurrency tokens they deal with. Even token-holders refer to them all under one umbrella, however, all tokens are not created equal.
Tokens usually serve during a project’s pre-ICO and ICO stage. They function as a medium for the distribution of the infant currency. It is issued to early investors and participants who would later be able to exchange the tokens as cryptocurrency when the ICO stage is over and the tokens become listed on exchanges.

Below are the different classifications of tokens.

The equity token
In a traditional initial public offering (IPO), the company raises funds by selling some of its shares to investors. If issued on the blockchain, the shares are called equity tokens.

This is a preferable option as the bar for entry is lowered. Virtually anyone interested can participate and all the company has to do is launch a Token Generation Event (TGE) where the equity tokens are issued.

At the moment, there are no regulations covering equity tokens, but it’s safe to say the same rules that apply to traditional shares and equity, will apply here. Because of this uncertainty, few start-ups have gone down the equity route. Nevertheless, current activities tend to show that soon, a majority of issued tokens will be equities. Already, Delaware, a state in the US has shown support for the recording and tracking of equities, stocks and shares on the blockchain.

Neufund is one blockchain project that has issued equity tokens for members of its platform. Participants’ contributions are treated as a reservation of funds for future investment.
Equity token buyers are essentially shareholders of the issuing company, complete with voting rights, which are exercised over the blockchain as this is a transparent way to allow investors participate in corporate governance.

The security token
Any assistance that can be traded is essentially a security. Although they do not realize it, most ICO investors treat all tokens as securities because they consider buying tokens an investment opportunity as they expect returns and profits.

These tokens are usually backed by tangible (barrels of oil – Venezuelan Petro) or intangible (MVP and intellectual property) products.
Sales of and investment in security tokens in America are subjected to the regulations of  the SEC. Only accredited investors are allowed to deal in securities and such securities are required to be registered before they can be traded. At the moment, new ICOs exclude US citizens from participation and also try to avoid cloaking their tokens as securities.

To determine whether or not a token is a security, it must pass through the SEC v Howey litmus test. As explained by Boulevard Aladetoyinbo Esq., a Founding Partner at Lex Futurus: “The Howey Test is the test applied by the Supreme Court of the United States in SEC v. W.J. Howey. It has four elements. Viz:

Thus, any token bearing all of these characteristics is a security token. This was used by the SEC in declaring that the DAO had issued securities.

So, investors treat tokens like security even without realizing, because they invest with the aim of reaping profits. However, some of these tokens are actually just utility tokens, although still having similar characteristics to the ones we mentioned earlier. It usually serves as a medium for purchasing products and services on the startup’s platform.

An example is Huobi, a trading platform which issued utility tokens in January. They expressly made it clear their tokens were just for facilitating trading on their exchange platform. Another utility token is the Steemit dollar given as a reward to content creators.

There are instances where the value of utility tokens appreciate, especially when there is a fixed supply and the demand increases for the goods and services for which the tokens are utilized.

This does not convert the tokens to utilities. Important notice should be taken of the fact that some startups market their tokens as utilities, when in fact they are tokens. Also, the SEC is yet to indicate whether utility tokens should also be subjected to regulations.

Conclusion
Understanding the different types of token would go a long way in guiding investors on how to purchase tokens during an ICO. If you want to know the type of token a company is selling, check its white paper or ask for a lawyer’s opinion.