The technology behind Bitcoin, blockchain, continues to be adopted both by innovative projects that are funded through ICOs and by public authorities to improve and update their routine operations. On this occasion, the Central Bank of Brazil (BCB) has taken a step forward with this technology and in a press release on June 18th, 2018, revealed the creation of a platform supported by blockchain.

This platform will have the name of ‘Pier’ and will allow sharing data between the executives of the financial institution and the various public institutions of the South American country for said data transmission to be conducted in a secure and immutable manner, so that no other entity can modify or access the data without prior authorization and the relevant passkeys.

It adds the informative note that prior to the beginning of using Pier, the databases of the Private Superintendence of Insurance (SUSEP), the Securities and Exchange Commission (CVM) and the National Superintendency of Complementary Pensions (PREVIC) must be integrated into the existing data platform in the BCB, ‘Olinda’. After this phase is accomplished, the entity will test an alpha version of the new network to detect and solve technical problems before proceeding with its final installation.

“Currently there is some exchange of information regarding authorization processes, which are not automated yet: staff from one of the institutions contact the others by letters or e-mails. Even the few queries that are automated by software still require some degree of human intervention. Staff from the CVM, for instance, may access the information by using the Unicad.”

Head of BCB IT system.

There are still details to clarify about the new platform, such as the type of blockchain that the entity will use, although they did reveal that they are working on proof-of-concept tests with several networks: Corda’s R3, IBM’s Hyperledger Fabric and JP Morgan’s Quorum.

The development of Pier derives from a series of studies that have been carried out since 2016 by the technical team of the financial entity of the South American country and it is estimated that, if all the tests are carried out well, the launch date of the new platform will be at the end of 2018. 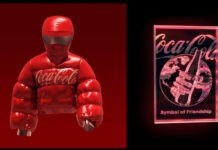 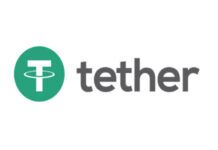