Turcoin, which called itself the national cryptocurrency of Turkey, has been exposed as a Ponzi scheme, according to the local media. One of the founders of the altcoin has disappeared and has presumably left the country after stealing millions of dollars belonging to the coin’s investors.

Turkey’s “national crypto” turns out to be a Ponzi scheme

Investing in a new altcoin is always a risky thing to do since you never know how the coin is going to behave. Additional risk involves the trustworthiness of the coin’s founders, which are not always what they seem. This is a harsh lesson that Turcoin investors have learned after it was exposed as another Ponzi scheme.

Turcoin claimed to be nothing less than a rival to Bitcoin. According to the local press, the project’s executive disappeared and has presumably left the country with millions of dollars that he stole from the coin’s investors.

All seemed to go well for this coin until early June, when the project stopped paying bonuses. Suspicions were roused and escalated after investors discovered that they were unable to reach the project’s office. Many realized their mistake and found out that they are completely ruined by this bad investment. One individual even admitted to buying over 560,000 Turcoin, which is around $120,000 lost due to the theft.

The aftermath of the theft

The number of defrauded investors is huge, exceeding several thousand. The coin offered a large return on the small investments, which is why the investors thought they had finally found a great way to make money. After failing to reach the coin’s office by phone or email, they decided to show up in person, only to discover that Muhammed Satıroğlu is as confused by what has transpired as they are.

Satıroğlu claims that he was only a mediator and that the company is not in the possession of the coin’s investments. Sadun Kaya, on the other hand, is nowhere to be found, and all of the funds went to his company, which is Cyprus-based. Kaya owns 51% of the company, while Satıroğlu owns 49%.

This is the second report of extensive Ponzi schemes exposed in Turkey, the first involving a company called Çiftlik Bank. According to reports from March, the authorities decided to launch an official investigation against the bank after its founder, a Mehmet Aydın (26), left the country and went to Uruguay with over $128 million (500 million TL) stolen from over 78,000 people. 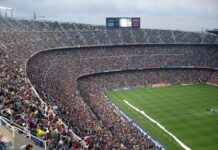 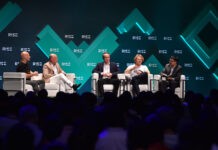 Mike Novogratz Strikes Back At Criticism Over XRP Bashing