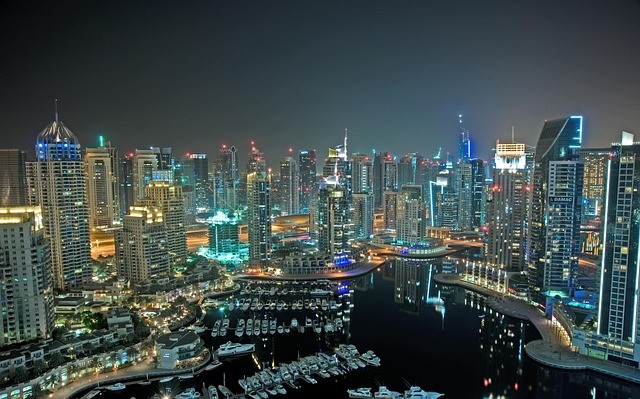 Bithumb, one of the biggest cryptocurrency exchanges worldwide is expanding operations to new horizons. After opening in the United States, it appears Bithump is now planning on opening an exchange within the United Arab Emirates (UAE). The news come after Bithump announced through a memorandum of understanding its joint venture with N-VELOP to develop the structure for a cryptocurrency exchange in the region that would allow the buying, selling and trading of cryptocurrencies.

N-VELOP is a Venture Company formed by Abu Dhabi E11 Investment Fund and Asian Venture Capital Trill Ventures Group, for the creation of a blockchain platform in the Middle East and North Africa (MENA) region. This platform was developed partially thanks to the real family of the UAE, who have been collaborating alongside N-VELOP in different projects to continue with the digital transformation of the government.

In October 2018, the UAE issued laws and regulations for cryptocurrency transactions, establishing the Abu Dhabi Global Market (ADGM) as the main institution in charge of the supervision and transparency of crypto activities to avoid money laundering. As of right now, the UAE has postponed the processes of issuing licenses for exchange operators during the first quarter of 2019.

Bihumb has set up its target to expand into very rich countries, members of the Gulf Cooperation Council (GCC) such as Saudi Arabia, Bahrain, Qatar, and Oman. Those countries are one of the richest countries when it comes to oil production worldwide, which is why it’s no surprise for Bithump to turn to those markets and attempt to expand cryptocurrency adoption in the region. Although volatility and prices have not played well during 2019 so far, the vast majority of the crypto community hopes for better times.