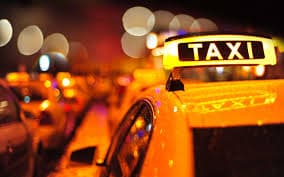 What do dogs, shoe shiners, taxi drivers and now gang members have in common?

It used to be the dogs in the street. Then it was the shoe shiners. Joe Kennedy famously said that when his shoe shiner gave him stock market tips, then it was time to quit the market. After that it was taxi drivers with the Troika taken to task when Irish journalist Vincent Browne questioned just what Klaus Masuch’s taxi driver understood.

Now the traditional media are conflating Bitcoin with money laundering and the darknet. It’s an easy jump to make. Pick something you don’t understand, demonise it and then blame it for all sorts of seedy stuff – without any evidence.

Today it happened in the Irish Times, Ireland’s paper of record. A major drug sting in Amsterdam resulted in eight arrests, three of which are Irish nationals and known to the local Irish police as gang members. The paper detailed the swag found which included Bitcoin Mining equipment. The article ran the mining equipment as the main headline and then went on to say that Bitcoin could be used for money laundering. No mention of the cash and its use in money laundering.

So, if gangland members are mining Bitcoin, then maybe it is time to quit the markets – lol